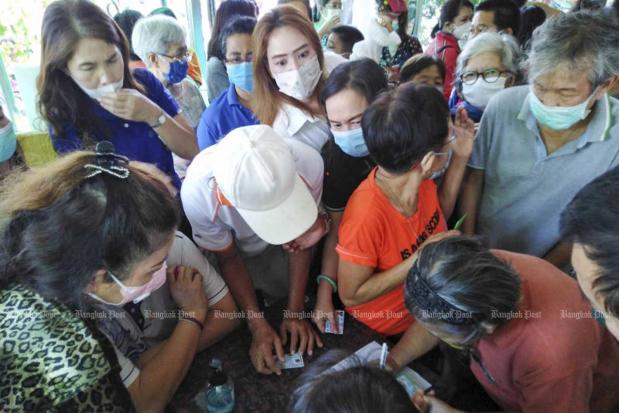 The ministry said the infections – the largest increase to date – were transmitted at entertainment venues, including boxing stadiums.

In the ministry’s daily Covid-19 update, Dr Suwannachai Watanayingcharoenchai, director-general of the Disease Control Department, said the new cases were in two groups.

The first group of 43 people were either in close contact with previous patients or visited the places where  patients had been. They consisted of 12 visitors to boxing arenas, 14 to other entertainment venues, 12 people in previous close contact with Covid-19 patients, and five attendees at religious ceremonies in Malaysia.

The second group comprised 17 people – nine returnees from other countries, three people working closely with foreigners, one person who had been in crowded areas, and four whose cases were under investigation.

Dr Suwannachai asked people going to boxing stadiums and entertainment places to practise self discipline, to help contain the disease.

Speaking of the people infected at boxing matches, Dr Suwannachai said, “Spectators came from other provinces. After being infected, they returned home and transmitted the disease to people close to them and their families. Importantly, those who are not ill are not quarantining themselves as the Public Health Ministry has advised. They continue their activities, and this is very dangerous to other people.

“This is mainly why the Public Health Ministry advises people to avoid crowded places, which are high-risk areas.”

Dr Suwannachai said people should not go out unless it was necessary.