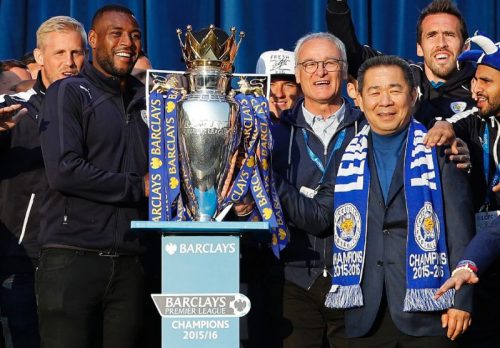 The Times Group would like to send their sincere condolences to the family of Vichai Srivaddhanaprabha and to the families of the other people who tragically lost their lives.

In the aftermath of the terrible helicopter crash, much has been said and written about Khun Vichai. He was universally liked and admired in both Thailand and England.

As a football fanatic, I will be forever grateful to him for giving thousands of fellow supporters something money can’t buy……..hope !

Since the formation of the Premier League , the big clubs have got bigger and there is a huge gap between the elite who regularly occupy the top and the rest of the mere mortals.

It seemed inconceivable that a lesser club could even make a sustained challenge never mind win the thing. But that is what Leicester did and by doing so gave fans all over the country the chance to dream again.

Newly promoted clubs still only talk about survival from the start of every season but thanks to Khun Vichai we can all fantasise about putting one over on the big boys as well.

This incredible man has left English football a legacy for more important than his billions and on behalf of football fans throughout the country, I say, “Thank you, from the bottom of my heart and rest in peace.”

In Northeast Thailand, A Pretty Camping Site Js Being Offered For Free