Alcohol Ban Saturday, Sunday And Restaurants That Will Be Open Or Closed In Buriram 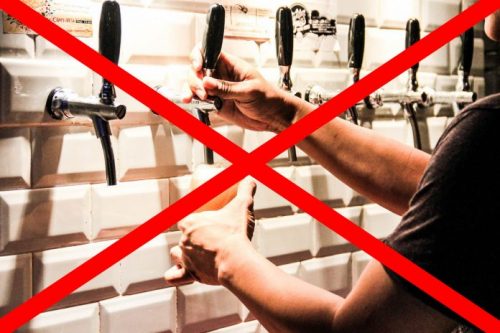 No alcohol at the weekend.

Alcohol sales will be prohibited this weekend, as per regulations that prevent the sale of alcohol on important Buddhist holidays.

Thailand will mark Asahna Bucha on Saturday, while the start of three-month Buddhist Lent – during which monks cannot spend a night anywhere outside their monasteries – is due to take place Sunday. Monday will also be a day off in Thailand, as a day of observance.

That means no booze sale at supermarkets, bars, convenience stores and other venues will be allowed from 00.01am on Saturday to midnight Sunday. However, as in previous years, dedicated drinkers are bound to find places that do sell alcohol on those two days.

Only duty-free shops at airports will be exempted from the ban, according to the latest regulation signed into law in February 2015 by junta chairman Prayuth Chan-ocha.

Prayuth also urged Buddhists to do good and make merit at temples in the upcoming holy weekend.

“Going to the temple doesn’t involve just listening to dhamma,” Gen. Prayuth Chan-ocha told reporters Tuesday. “You may also use temples as platforms to discuss what problems are together, and how we can help each other.”

For Buriram ex-pats, Paddy’s Irish Bar will be closed, as will Harley Route 288. Jimmy’s Sports Cafe and Roma Pizza Bar are open for food at the usual opening hours. The Bamboo will be open both days during the day but will close in the evening.

Oli Wine Bar will be open Saturday 11am to 2pm and 5pm until midnight. They are closed Sunday.