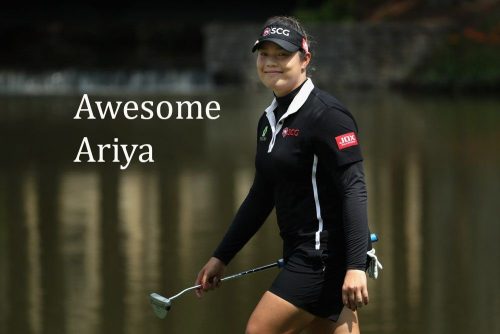 Ariya Jutanugarn displayed fighting qualities worthy of a champion to dig herself out of a deep hole and win the $5 million US Women’s Open on Sunday.

The Kingdom’s most successful golfer squandered a seven-shot lead with nine holes remaining before edging out South Korea’s Kim Hyo-joo on the fourth playoff hole to become the first Thai to claim the richest prize in women’s golf.

“ I feel great and really excited,” said 22-year-old Ariya, whose maiden Major was at the 2016 Women’s British Open.

“I’m really honoured to join the list of winners before me.”

The Bangkokian has endured setbacks before enjoying triumphs throughout her six years on the pro circuit – and so it was during the final round in Shoal Creek, Alabama.

Standing on 16-under-par and holding a seven-shot lead heading to the back nine, Ariya appeared to be cruising to her ninth career win and her second in a row after winning in Virginia a fortnight ago.

But a triple bogey on the 10th hole followed by two more bogeys on the 12th and 17th meant she needed to par the 18th to beat Kim.

However, she missed a 12-foot par putt to finish with a 73 for a 72-hole total of 11-under 277, to force a four-hole playoff with Kim, a one-time Major winner herself.

This time she did not suffer the meltdown that got the better out of her at the 2013 LPGA Thailand and 2016 ANA Inspiration, two big events she allowed to slip from her grasp.

In all four playoff holes, her first and second shots missed the fairways and even found the bunkers but Ariya, known to her fans as May, showed she had learned from her troubled past and somehow managed to keep her cool.

Kim birdied the first playoff hole and made bogey on the second, while Jutanugarn had a pair of pars.

They each made par on the third playoff hole and then Ariya pounced at the fourth, hitting out of the bunker and tapping home an easy championship par putt tory as Kim missed her par putt.

“After you have a seven-shot lead and end up having to go to a playoff, I had no expectations,” she said.

“If I have a playoff then I’m going to make sure I do my best every shot because I felt like I didn’t commit on the back nine. I felt like I had a last chance to make myself proud.”

Mother Narumon Tiwattanasuk and Ariya’s elder sister Moriya, who celebrated her own maiden LPGA win in California two months ago, were enormously relieved after watching the finale from the stands.

“You are such a fighter – – you never give up,” Moriya posted on her Facebook page. “I am so proud of you. What you did today was very encouraging. It was amazing to watch.”

With the win, Ariya will climb to No 2 in the world later this week as she sets her sights on returning to the top spot she held for two weeks last year.

“I haven’t thought about the ranking for a while but, of course, after this win I’ll be thinking about the ranking. I want to be No 1 to inspire all the kids in Thailand,” said Ariya, who earned US$900,000 from the win to take her career earnings past the $6 million mark. 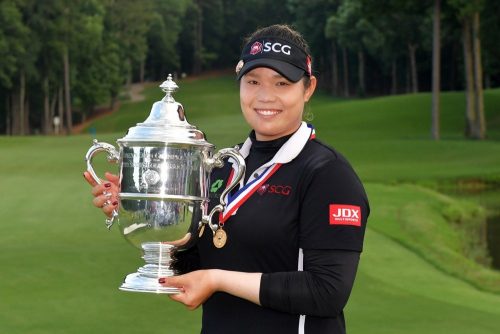 However Ariya won’t be returning home just yet because she still has plenty of events to come in the US and Europe. All she is allowing herself is a one-week break before her next tournament in Atlanta.

Meanwhile, 18-year-old Paphangkorn “Patty” Tavatanakit won the Best Low Amateur category, which meant Thais won both the professional and amateur categories of the 2018 Women’s US Open.

The UCLA freshman finished with two under-par-286 for tied fifth place alongside Lexi Thompson of the US, Wei-Ling Hsu of Taiwan and Sarah Jane Smith of Australia.