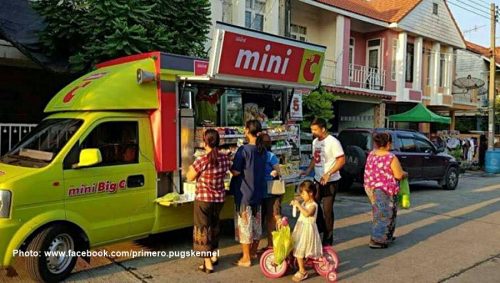 The Office of Organizational Communications of Big C Group clarified on March 28 that the “Mini Big C” mobile grocery store which was seen roaming housing estates and communities in Bangkok and its vicinity was just a trial operation and there is just one prototype vehicle.

The office said that the Mini Big C pickup truck was just an idea derived from the Kaokhonlakao or Step By Step charity run project when the company sent the mobile grocery truck to serve food and drink to Artiwara “Toon” Kongmalai and his charity run staff.

The company was still studying the marketing and costing of the Mini Big C truck as well as its impacts in various aspects.

“Big C is fully aware that it is a part of the community and is willing to participate and grow with the community,” said the office as it thanked those who expressed opinions about the project and promised to abide by the law so the community would receive the best from the company.

On Tuesday, Prime Minister Prayut Chan-o-cha instructed the Commerce Ministry to check if the Big C project is legal or not.