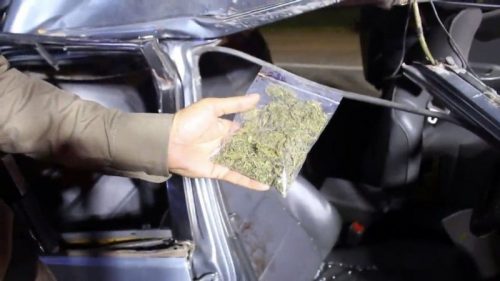 Briton had drugs in his car.

A Briton, 60, was fatally injured while apparently speeding to escape being caught with drugs in Udon Thani on Thursday night, police said.

Police said David John Sewell was fatally injured when his Honda Civic crashed into the rear of a trailer truck on the Udon Thani-Sakon Nakhon road in Ban Nong Kae village in Tambon Nongkham in Muang district at about 9pm.

Pattanapong noticed that the driver’s door was open so he approached but Sewell drove off and crashed into a truck.

Police found a tiny bag of marijuana on the front passenger seat.

Police later found out that Sewell had been staying at the Ton Tal Resort in Ban Nong Bu village in Tambon Samprao for a few years.

His Thai wife was there and was informed about the accident by the police.

The wife, who came from Bangkok, claimed that she knew nothing about the drugs and she thought Sewell drove out every night to drink with friends in Udon Thani.

Police found more marijuana hidden in the room and detained the wife for further questioning.