Buri Ram: Students Went To The House Of “Khun Khru A” For Ya Ba! 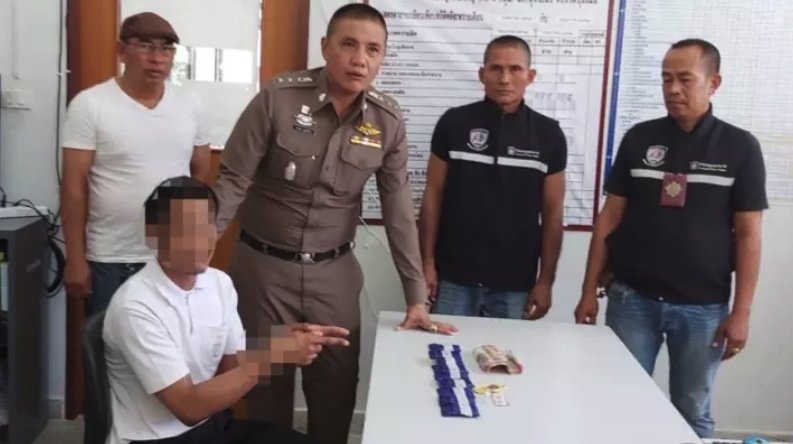 Arrested teacher “Khru A” points at the evidence

Buri Ram police armed with a search warrant went to the house of a social sciences teacher in the Phut Thai Song district of the north eastern city.

“Khru A” – or Banthit Kaothaisong was arrested along with nearly 2,000 Ya Ba tablets hidden in his bedroom.

He was getting dressed at the time on his way to class. He tried to flee but the cops had the place surrounded.

The teacher had been supplying school students, university students and young people in the area and further afield. He was also a user himself.

He had been at it for a long time but had proved hard to catch as he usually dealt drugs at home and was very careful not to get caught, said the Phut Thai Song police.

But information received led to a search warrant being issued and his subsequent arrest.