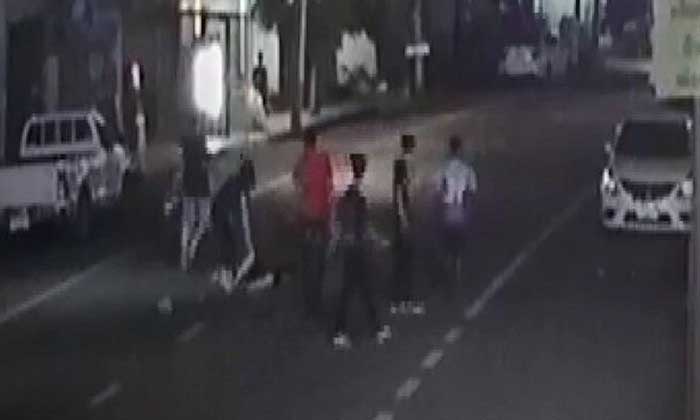 A  42 year old contractor has died after he suffered an attack by five men in the street near a well known entertainment venue in the north eastern Thai city of Buriram at the end of October.

Somchart had been with his girlfriend and an employee and were walking out of the drive leading to the venue near the shrine of Phra Phrom.

The couple were arguing over some minor matter but it was just a verbal exchange, not violent.

His girlfriend Suda, 32, said a man came up on a green motorcycle and asked what was wrong.

Somchart said it was nothing but the man got belligerent and said that soon he’d have to deal with him.

They walked off thinking nothing would happen and were on their way to be picked up by an employee.

But the man returned with four friends and attacked her boyfriend, kicking him in the head and causing multiple bruising to his body. Blood was coming from his nose. Even when he wai-ed they continued the attack.

After they left Suda said he must see a doctor.

But they did not go to a hospital instead going home after the attack at 4 am on October 31st.

However, on November 10th Somchart developed a problem and went to see the doctor who diagnosed a hemorrhage.

He was dead by Wednesday.

The family said there is clear CCTV evidence of the attack that is being investigated by the police.

The family called on the attackers to turn themselves in.