Buriram Crash To First Home Defeat Of The Season 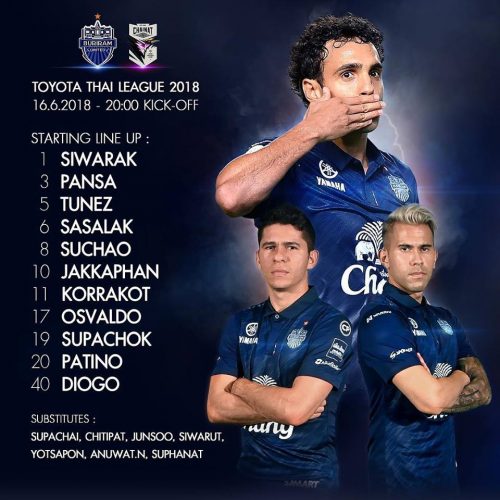 Buriram were left to rue missed chances as relegation-threatened Chainat sent them tumbling to an embarrassing defeat. A deflected second-half goal was enough to secure the points as Buriram failed to see-off their lowly opponents.

Patino looks a pale shadow of the deadly finisher he was and one has to wonder whether he has fully recovered from the knee-injury that brought his stint in China to an end.

The midfield is crying out for a playmaker who can dictate a match  as once again there appears to be no real game plan. The final balls, particularly from the flanks, were simply not good enough and Osvaldo spurned two golden chances. The one in the first-half was closer to the corner-flag than the goal when he was clean through.

The first real action came in the 15th minute when Diogo was brought down to the left of the penalty area. The Brazilian then sent in a shot which was heading for the top corner until the keeper touched it wide of the post .

Back came Buriram in the 18th minute when Patino got through down the right but his low cross was scrambled clear at the expense of a fruitless corner.

Four minutes later a quick break out of defence saw Diogo get clear and as he tried to take the ball round the keeper he was sent tumbling in the box. Although the keeper touched the ball first, the rule is now that you are not allowed to take a player out and it was a clear penalty. 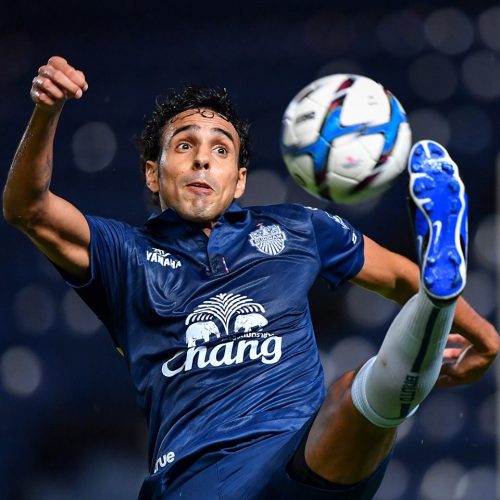 Almost immediately a great run by Osvaldo saw him get through on a one-on-one with the keeper but his attempt to curl the ball into the top corner was hopelessly wide. A dreadful attempt.

Buriram failed to create any further openings and their lack of intensity allowed Chainat a fairly comfortable ride. Only one shot on target says it all.

A big improvement was needed and some typical Diogo trickery saw him race clear down the left but his low cross just evaded the onrushing Patino in the 51st minute.

A baffling substitution was made in the 57th minute when Chitipat was brought on for Jakkaphan and Pansa was pushed forward. Hardly a sign of attacking intent.

In the 59th minute the unthinkable happened. Chainat scored. Jeera sent in a shot from twenty yards which was going nowhere until it struck Chitipat on the back before beating Siwarak’s despairing dive.

Now some urgency was required but still Buriram were unable to carve out a clear opening. Tunez did send in a header following a scramble in the area but the keeper had little trouble turning it over the bar.

The equalizer almost came in the 70th minute when Diogo ran at the defence down the right before thumping a low shot against the post.

Junsoo came on for a largely anonymous Korrakot in the 82nd minute and he found Supachok in the box four minutes later. The youngster’s first touch was excellent, giving him a clear sight of goal but he shot tamely straight at the keeper.

How Supachok needs a goal as his confidence is waning weekly.

As the game went into stoppage time, Buriram carved out one last chance. Again Osvaldo made something out of nothing in a crowded penalty area with a lovely touch but blazed his shot high over the bar. 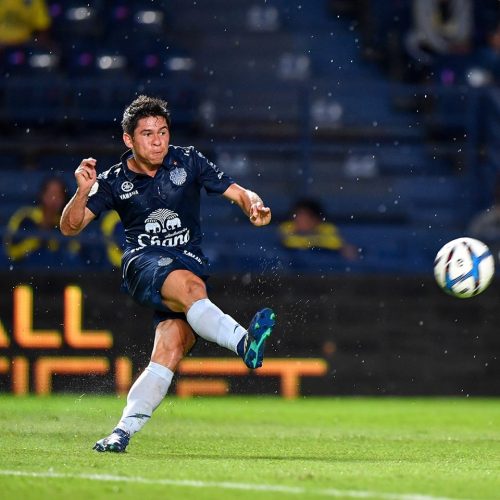 And that was that. A first home defeat by a side Buriram should have buried. They are now a point behind Bangkok United and the upcoming home game with them has grown somewhat in importance !

Next game is Prachuap away on Sunday June 24, 6pm.