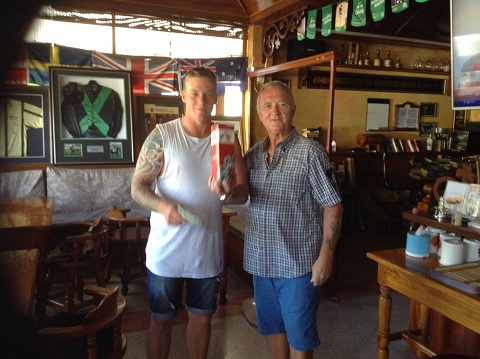 The second round of the Buriram Golf Society Championship was played on Friday. Kade Robertson won the scratch event with Rod Young taking second place and Peter Dempsey third.

Although Kade was unable to repeat his back-nine heroics of the first round, he was still able to hold off the challenge of compatriot Rod Young. 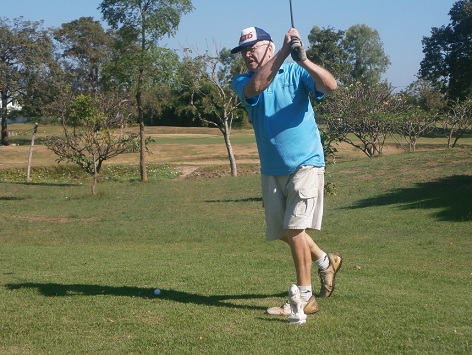 The handicap award went to the defending champion Peter Thripp in spite of a great round by Keith Wood (he made me say that). 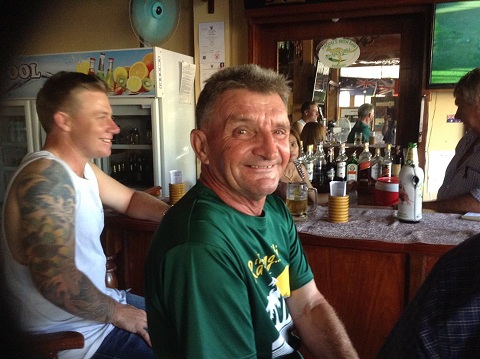 Great round by Keith Wood,pictured with Strokeplay champion Kade Robertson.

There followed a great afternoon,enjoyed by all in Paddy’s bar with plenty of banter. The presentation was introduced by Peter Dempsey and club captain Tony Murphy awarded the prizes. 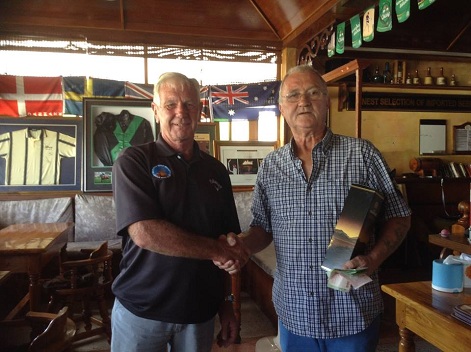 Peter Thripp being presented with his prize by Club Captain Tony Murphy.