Buriram Golf Society headed off to their favourite golfing destination on Monday January 22 to play at The Dam and Dancoon in Khon Kaen. There were 20 in the party but 10 wisely decided to travel on Sunday for purposes of acclimatization. 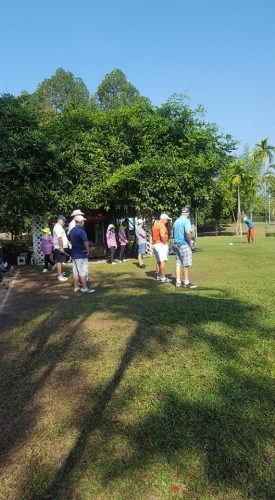 On the tee at the Dam.

The players were divided into five groups of four for an individual stableford competition , with the scores over the two days added together to produce the Away Trip Champion.

The Dam is many people’s favourite golf course as the setting is simply beautiful and a pleasure to play. There were also two nearest-the-pin prizes to go for as play got under way at 10am.

As ever the course was in good condition with fast greens, (similar to Khao Kradong !!!!????).

Ex-Society captain Tony Murphy led the way with an excellent score of 36 points, followed by Graham Dresser on 33. Nearest-the-pin winners were Colin Bradwell and Marcos.

After a couple of well-earned drinks the players went into Khon Kaen to check into the Boss Towers Hotel. As mentioned previously some were already settled in to this good hotel, remarkably priced at 400bht per night.

After a break to rest and freshen up, the contingent made their way into town to eat. A number of the players ended up at the Yokotai Restaurant owned by Dutchman Jan (see review in the Khon Kaen Times). Everyone enjoyed their meals though Mike Picard did have a problem which was very professionally dealt with by Jan. 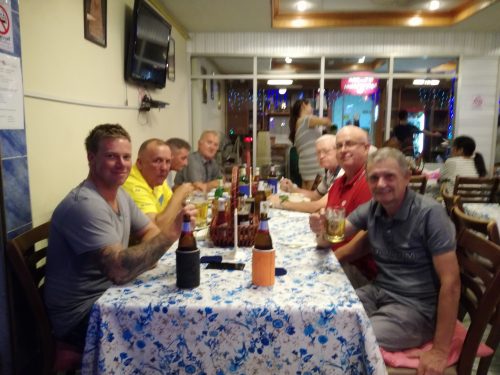 The party then reassembled at My Bar which was very close by and a regular venue on our visits. 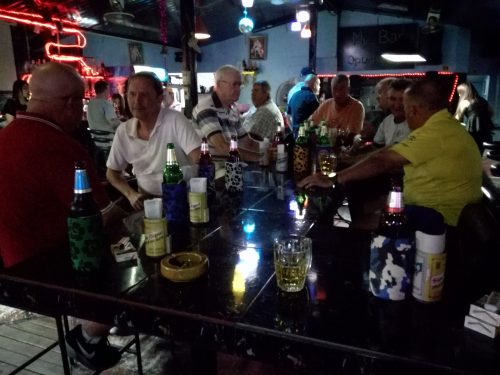 Looks quiet enough in My Bar !

As the evening progressed and the beer flowed a little quicker, Kade sneaked over to the Juke Box and put on Pretty Woman. This happens to be Peter Dempsey’s favourite song and we all knew what was coming ! To say Peter has a loud voice would be like saying the Amazon is a fairly big river !

Peter burst forth into “song” and made a point of serenading anything that looked remotely female ! Once into his stride there was no stopping him and with Captain Keith Wood performing some nifty dance routines, the bar was soon rocking.

Now Peter also fancies himself as a bit of a Fred Astaire as the German lady bar owner soon found out as she was waltzed round the bar.

It was a really fun night and the party went on until round about midnight.

In the morning after a hearty breakfast at the nearby Blues Bar (recommended), the group made their way to the Dancoon Golf Club for the second round. 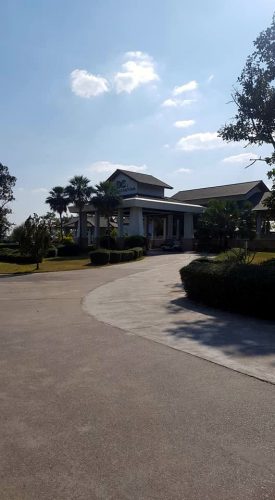 Again it was an individual stableford competition, though this time the players went out in order of their scores in the first round with the leaders going out last.

Again, the course was in fabulous condition as play commenced at 9am, with the greens even quicker than the previous day. There was a shortage of caddies due to a Korean “invasion” and my caddy was a young girl who had never been on a golf course before. Not much use but not her fault.

The leaders from the first round failed to reproduce their form from the previous day and Paddy’s Irish Bar landlord Mike Olsson came storming through with an excellent 36 points.Three pars and two birdies on the first five holes was a reasonable start !

This gave Mike a total of 63 points and the Away Trip Trophy.

The players adjourned to the bar for the presentation of prizes to be awarded by Captain Keith Wood. 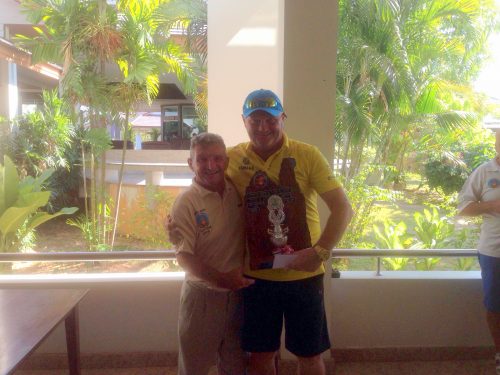 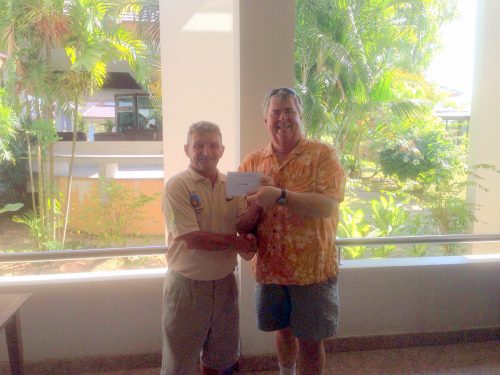 Nearest-the-pin at The Dam were Colin Bradwell and Marcos. 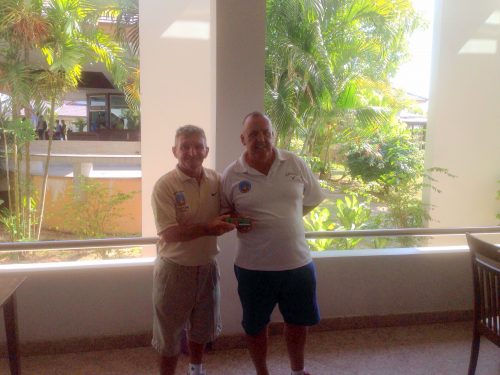 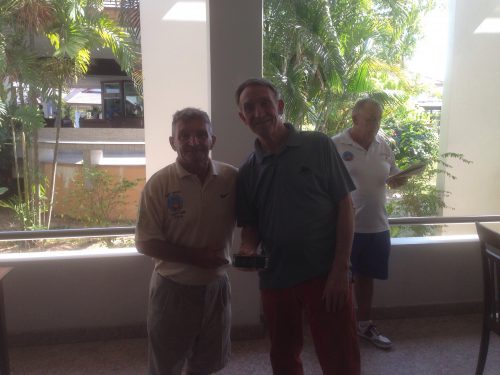 At Dancoon it was Kade Robertson and Marcos again but as the Society has a rule that nobody wins more than one prize and as no-one else got near the pin, the prize was awarded to Malcom McKay who was propping up the table. 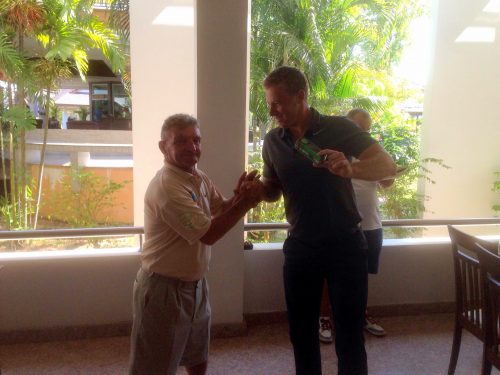 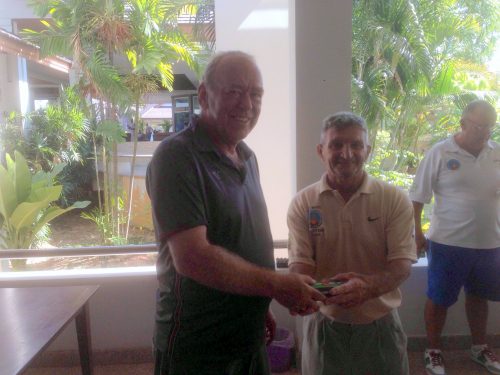 It had been a great two days golf and for some, there was the promise of another night in My Bar, though there was no way the previous evening could be replicated ! And so it proved, though it was still an enjoyable evening, as the owner provided a delicious, free bbq.

Thanks as always to Colin Bradwell for organizing the trip which is a difficult task as I know from my golf club in England. Just as important, thanks to everyone who went. Loads of laughs and not a cross word ! True friends indeed. I know that Khon Kaen is relishing our return in a few months !