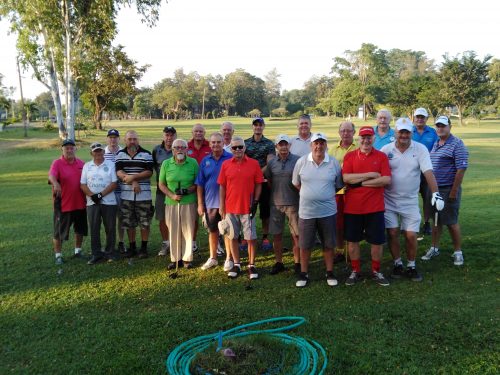 Ready for the off !

Buriram Golf Society held their annual Club Championship at Khao Kradong Golf Course over two rounds on Tuesday and Friday of this week. Two titles were at stake, Club Champion Gross (the main one) and Club Champion Net.

Usually Society competitions are stableford but this one is strokeplay which meant an even bigger challenge than usual.

The first round saw Aussie Bill Warren shoot 81 gross to give him a six shot lead over Paddy’s Irish Bar landlord Mike Olsson (87) with Peter Dempsey third on 95.

In the second round Mike was only able to pull two shots back to leave Bill as the new champion with a 169 total. Second was obviously Mike on 173. 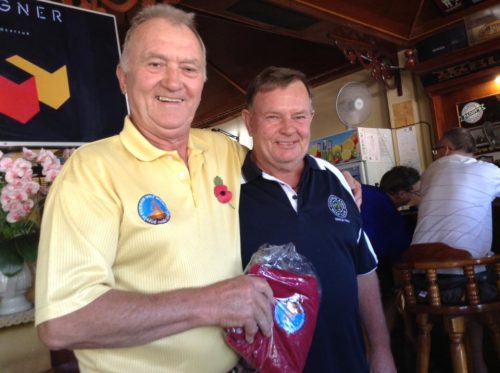 The net competition where handicap is subtracted from the gross score saw Captain Keith Wood take the honours with a total of 155, followed by Peter Dempsey and Patrik Huuk on 159. 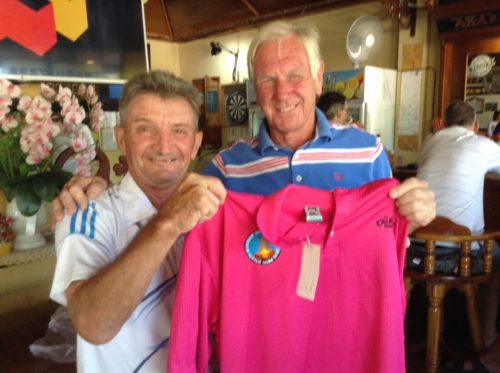 Nearest the pin winners were Colin Bradwell and Mike Olsson. 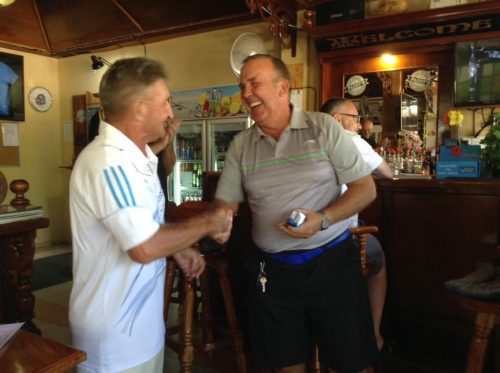 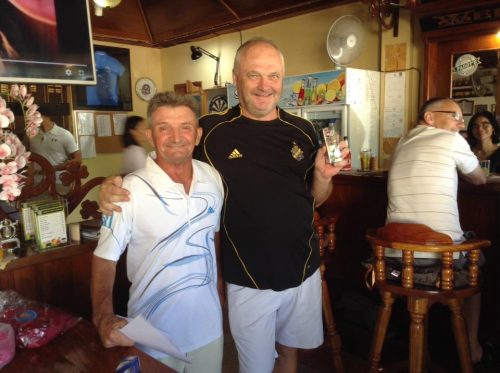 The presentations were held at the clubhouse Paddy’s Irish bar followed by a buffet.

Well done to all the players and especially to Champion Bill Warren.