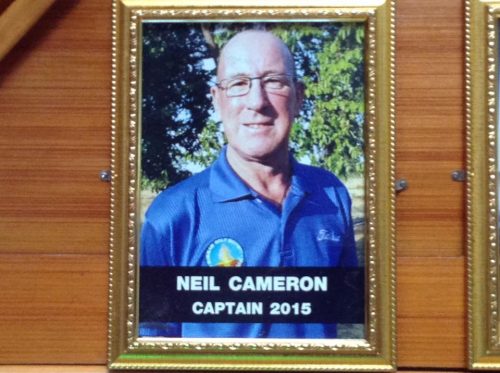 Buriram Golf Society held a special event on Friday May 11 to remember their first Captain, Neil Cameron. It is an annual event to commemorate Neil’s passing two years ago when he finally lost his brave battle with cancer.

Fourteen players took part in a stableford event which also included a separate competition whereby the last player to use up their handicap allocation is deemed to be the “flag holder”.

The results were as follows:- 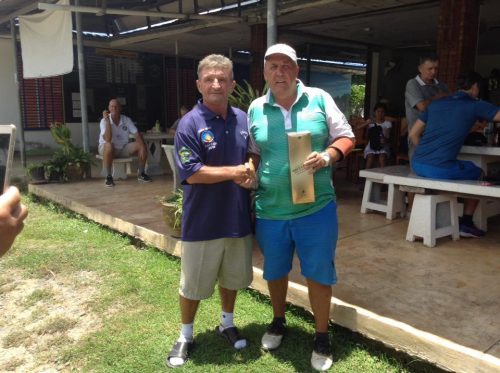 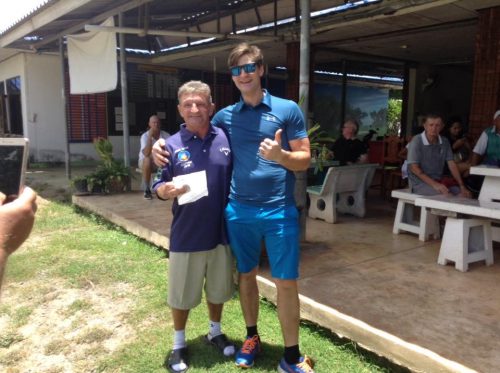 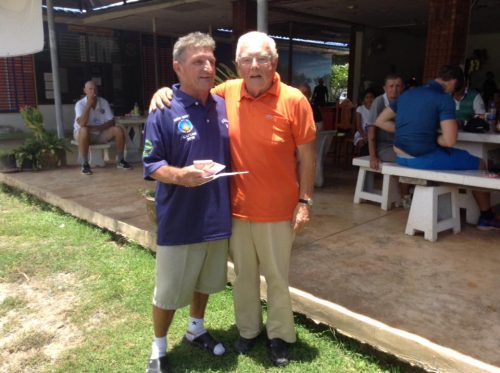 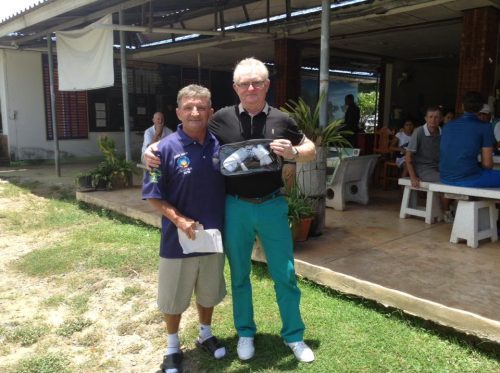 Nearest-the-pin on 6/15 was Kevin Cronan (right) 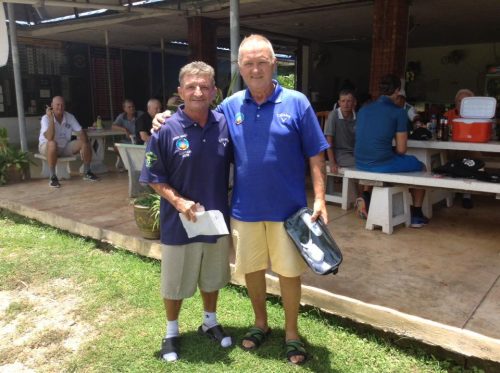 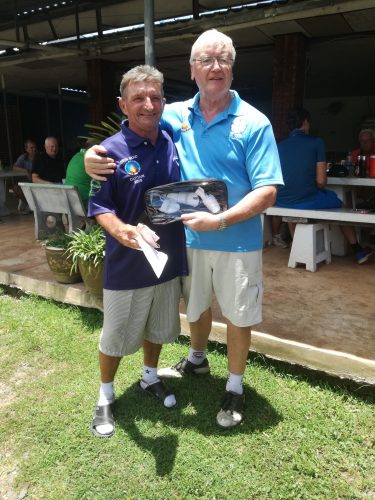 Nearest-the-pin in two on 7/16 was Peter Dempsey

Thanks to Frank for taking the photos and to Simon Thripp for donating a bottle of whiskey.

Following the presentations at the course, a number of players gathered in the Clubhouse (Paddy’s Irish Bar) to remember Neil in the manner he would wholeheartedly have approved of, over a few beers !

As during his time with us, there was no sadness, just plenty of laughs . RIP Neil, we all miss you.