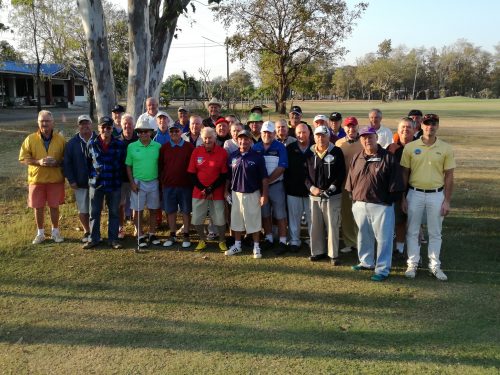 The latest Buriram Golf Society Texas Scramble was held at Khao Kradong Golf Course on Friday,January 12. Eleven teams of three players (33!) turned up at around 7.15am for this very popular event.

A quick recap of the format for new readers:- Each player tees off and the best drive is selected. All three players play their ball from that spot. This continues until the ball is holed. Each player must have at least three drives to count.

A stableford score is calculated based on the team handicap allocated by the committee.

All the teams tee off at the same time on different holes, with two teams starting on the two par fives.

Conditions were far from easy with a strong wind making narrow fairways even tighter. The scoring was exceptionally high, due in no small way to the condition of the greens. I have long been a critic of the greens but I have to say they were excellent with the ball rolling beautifully.

Everyone had a great time as always and the scoring went as follows: 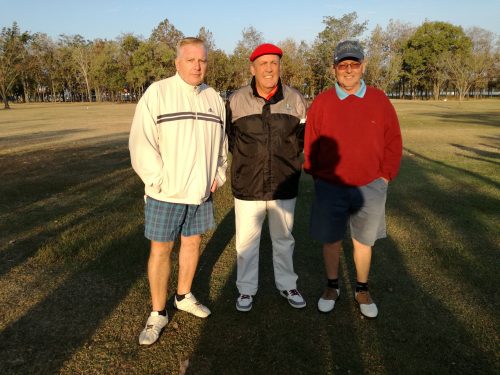 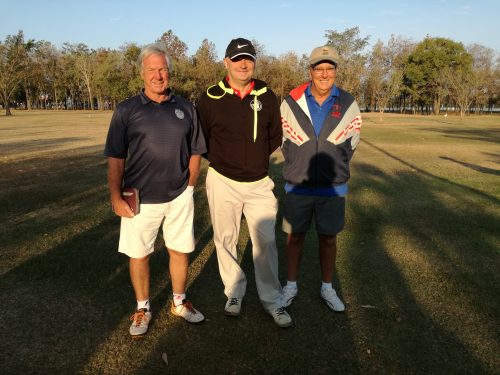 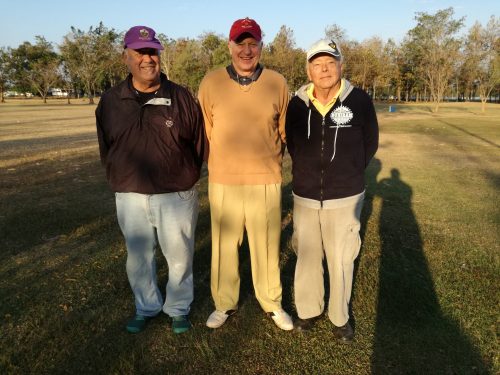 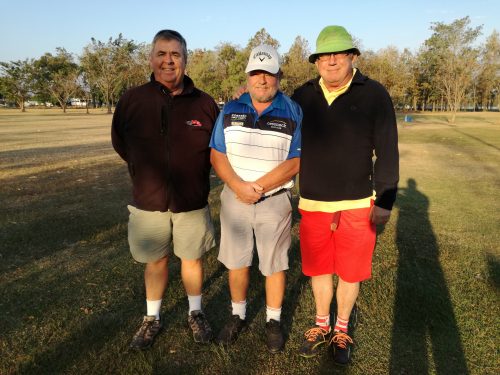 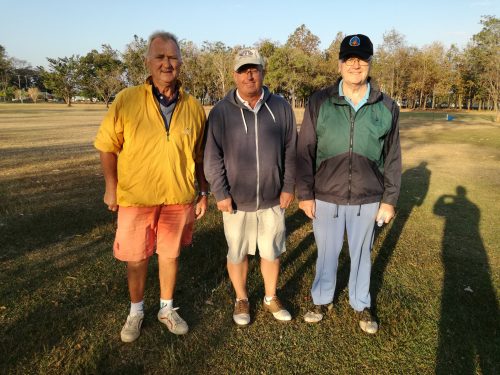 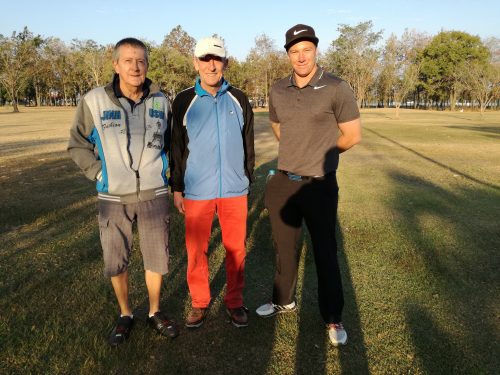 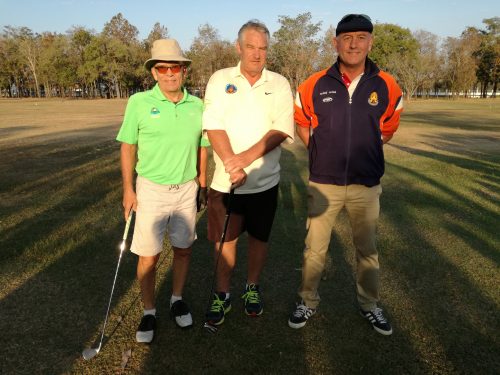 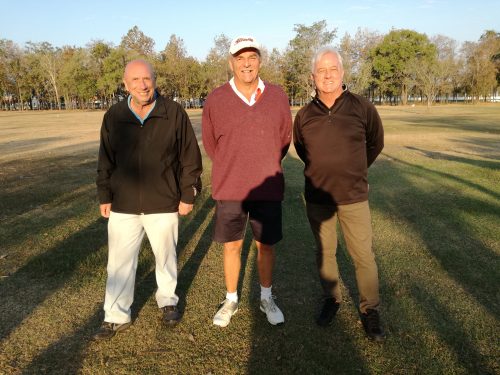 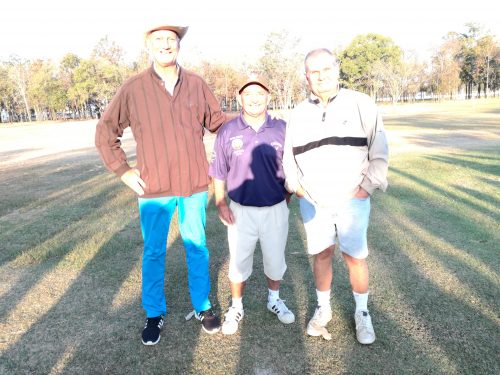 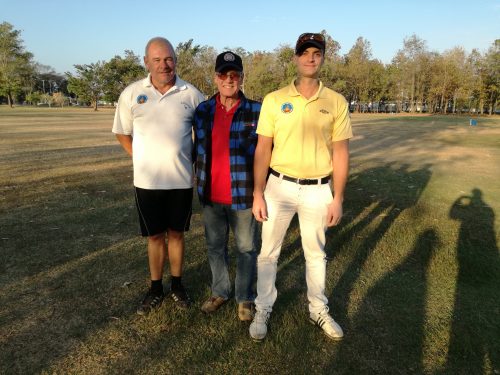 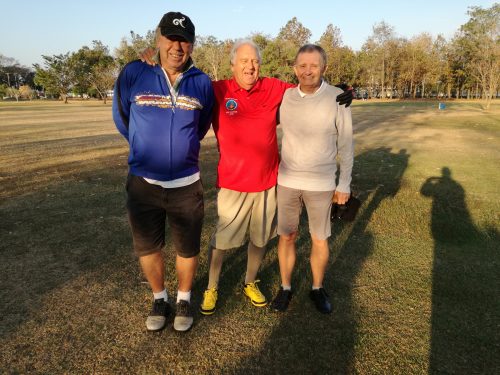 After the golf, the players made their way to the Harley,Route 288 bar for an excellent meal put on by Tom, Som and their staff. They provided a good choice of menu and it was much appreciated by all concerned.

There then followed the presentations, hosted by Peter Dempsey and Captain Keith Wood. 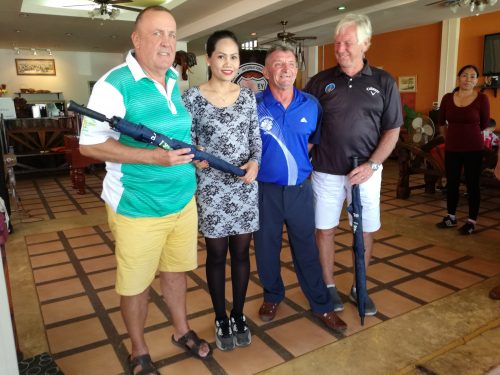 Nearest-the-pin on the 6th and 15th Colin Bradwell, Mi from the 288, Captain Keith Wood and nearest-the-pin winner on the 1st and 10th Peter Thripp. 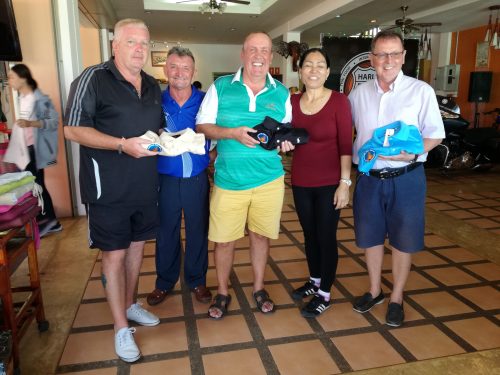 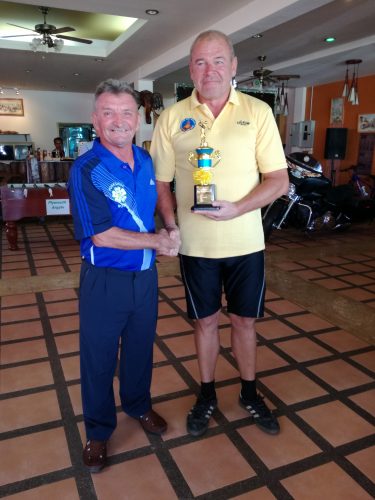 Most improved Player of the Year award went to Tonny Johnk. (pictured above).

The President thanked everyone for their support and announced that the next event should take place around March/April time. Something to look forward to.