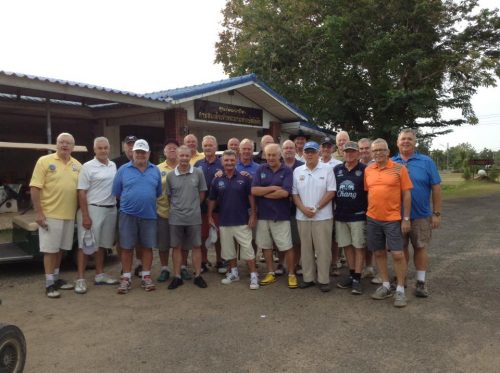 It was a four-ball-better-ball format, ie doubles with the better score for the pair to count on each hole. (hence the title).

The teams were drawn from two pots, low handicap in one, higher in the other. The scoring was remarkably high as there was quite a strong wind blowing. 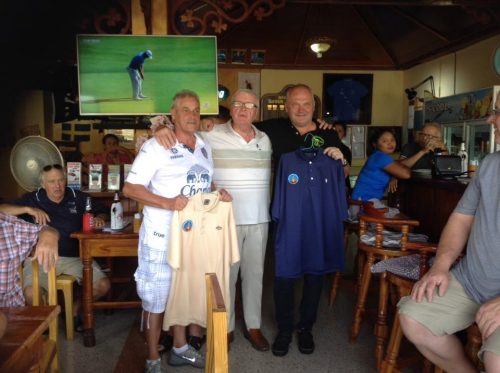 Yes, the President did play with two partners as there was an odd number of entrants.(Don’t ask !) 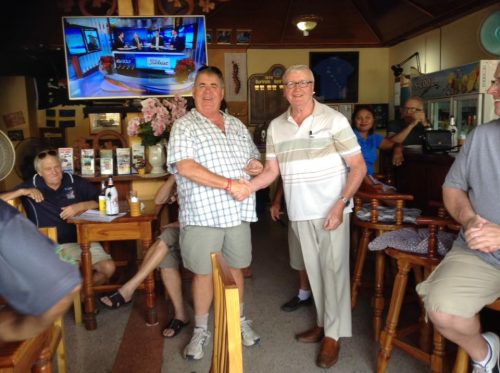 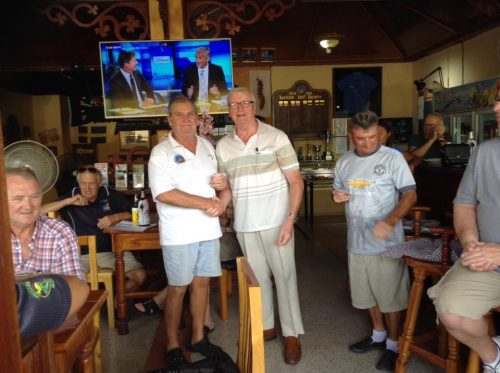 Mike getting his prize. 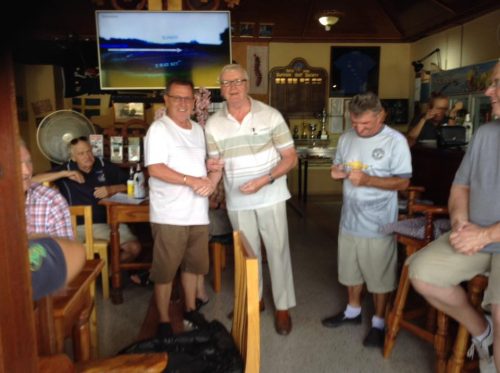 Peter Bourne was also a nearest-the-pin winner but due to shyness and a retiring nature declined to be photographed.

Drinks and a meal were had after the golf at Paddy’s Irish Bar.Thanks to Michael and Lin who served up a delicious beef stew with roast potatoes , Yorkshire pudding and vegetables.

A very enjoyable day, with some excellent golf being played. Thank you Mr. President !