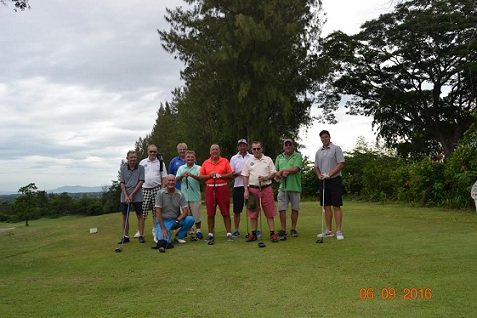 A band of ten enthusiastic golfers, some with their partners, who added greatly to the atmosphere and kept us in check, drove the 250 km from Buriram to Khao Yai Valley in a pleasant three hours to be delighted that the Tour Manager had chosen such a splendid place to come for this trip. 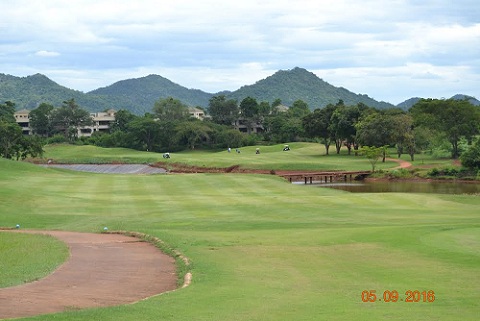 If you’ve never been there,get in your car and go now, no need to play golf, take your partner, take the family and even take someone you don’t like, it’s that good!!

It was millionaires’ golf on the first day at Khao Yai Golf Club, only the Buriram Boys on the first tee at 11:00 am prompt. We were round in three and half hours on a big layout and wonderful conditions. A notice on the first tee also told us how fast the greens were at 8.5, never heard of that speed at our home course.

I had the pleasure to play with young Kade Robertson (aka Rory McIlroy) who was magnificent at only 7 over par and 44 Stableford points; the next closest were John and Daz with very respectable 36’s. 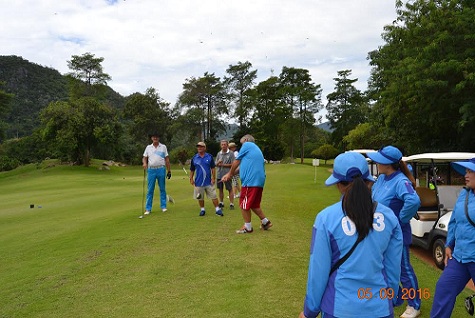 So the target was set high for day two at Bonanza Golf Club.

Again a very good course, perhaps even tougher than day one, described by Colin as a “thinking man’s course,” although how anyone could think at all after the amount of alcohol we had drunk the night before.

Scores were still very respectable at the top end with Kade scoring 36 points followed by Colin on 34 points.

The overall winner of the magnificent trophy which is too expensive to take out of the clubhouse at Paddy’s Irish Bar was Kade Robertson on 80 points, a Society record score. The trophy will be presented by the President and Captain at a date to be announced.

Runner up on this occasion was John Upex with a total of 68 points. 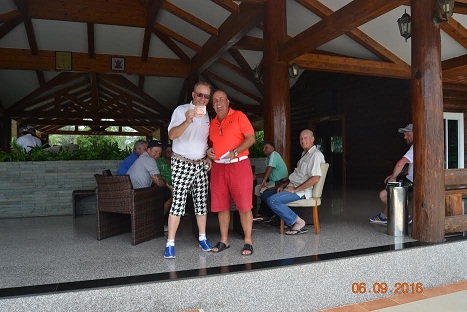 Full list of scores will be available in the Clubhouse.

We had four separate winners of nearest the pin shots over the two days; Kade, Greg, Keith and John.

We all had a magnificent trip away and already looking forward to our next tour where I’m sure the Tour Manager Colin Bradwell will surpass himself.

For the info of those who could not make this trip and are thinking ahead to the next tour the costs breakdown was approximately this,

Golf charge 1500 baht per round including buggy and caddy fee.

Report thanks to Alex Low