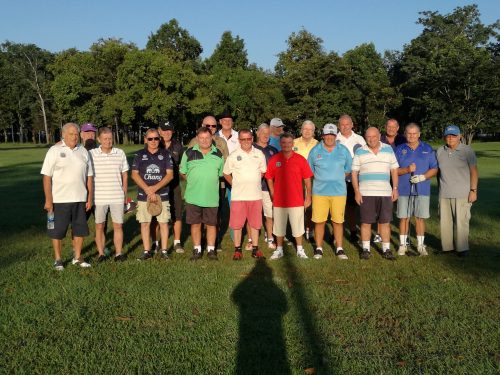 Vice-Captain Keith Wood held his golf day at Khao Kradong Golf Course on Friday October 20. An excellent turn-out of twenty players assembled for a 7am start on a fine,sunny morning. Despite all the recent rain, the course had dried out remarkably well and the greens were in pretty good condition.

There were five groups of four players and two competitions were held simultaneously . First there was the usual stableford  but there was also a “flag” competition . All the players were allocated a score based on their handicap and current form. The last player to use up his shot allocation is the “flag bearer” and ultimate winner of the competition.

There were also nearest the pin prizes on the par three’s.

It proved to be an enjoyable day’s golf despite the somewhat “warm” conditions. Scoring was generally good and the results were as follows:-

1.Tony Murphy  34pts and winner of the flag competition. 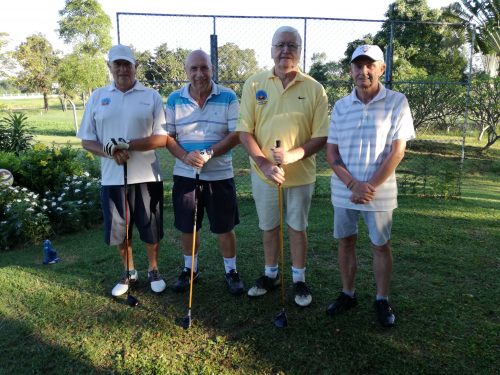 Peter Bourne, Graham Dresser, Peter Dempsey and Tommy (what am I doing?) Jackson. 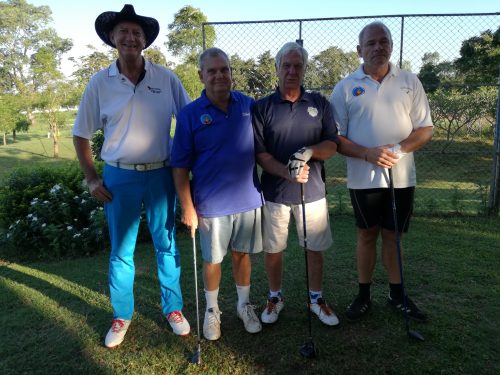 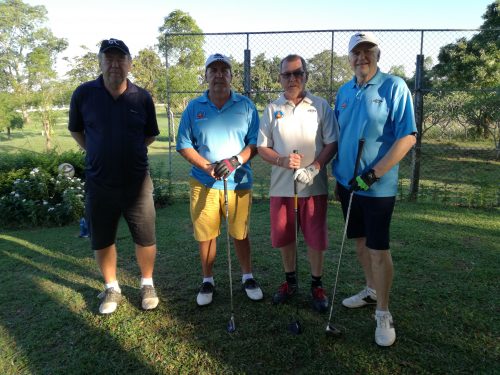 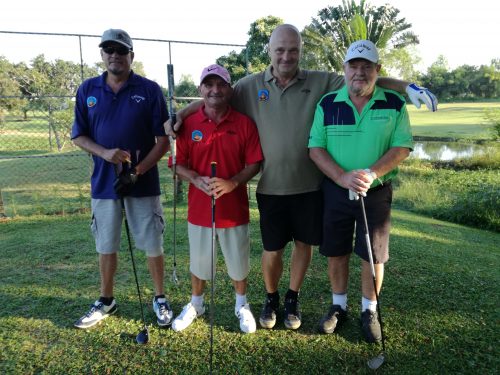 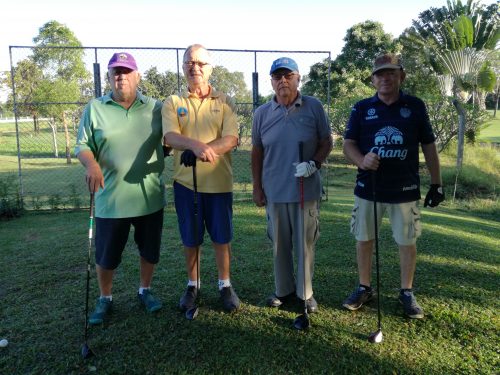 After the golf, the players went back to the Clubhouse, aka Paddy’s Irish Bar where they enjoyed some excellent food of roast potatoes, Yorkshire puddings (prepared by Keith) and some sumptuous goulash provided by landlord Mike.

Then it was presentation time . 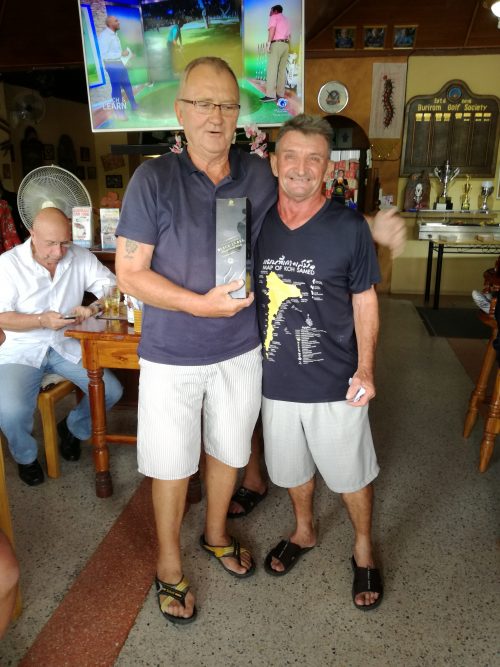 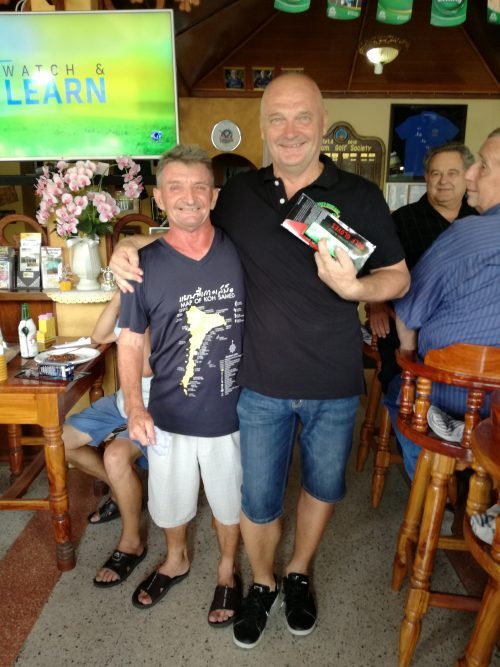 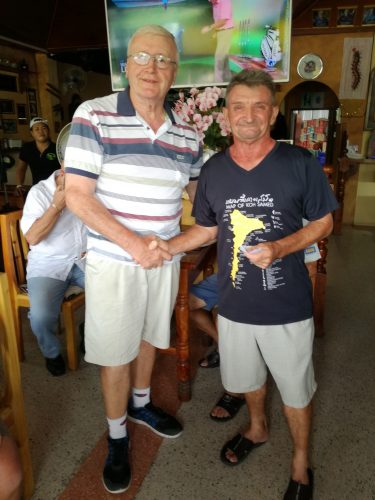 After the formalities were completed one or two of the players had to leave but the majority stayed on for a bit of “socializing”. As the afternoon became evening then the uncontrollable urge to grab the mic took over for three players and a guest. The “live music” ban was genuinely forgotten about but happily no unwanted visitors appeared. 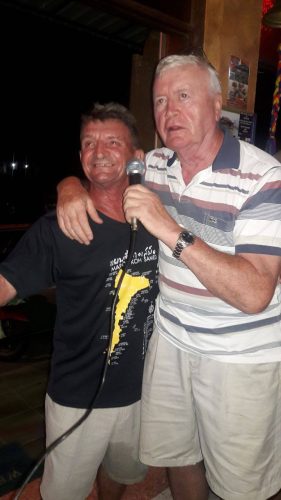 No caption required I think !

It was a wonderful day and a fitting testament to Keith who is genuinely one of the nicest guys you could ever wish to meet.

Thanks to photographer Frank and all of Mike staff for keeping us well-supplied with the refreshments.

Special mention must be made of my caddy Urt who just about broke the Thai high jump record when he came upon a rather large snake in the undergrowth !

What the f..k am I going to say next?