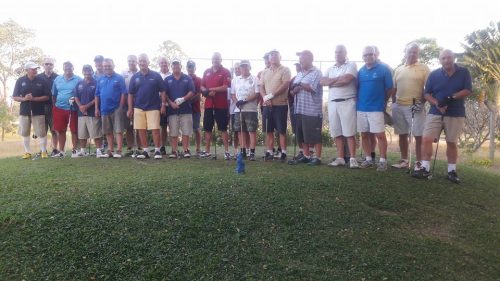 Two competitions were held simultaneously , an individual stableford and a “yellow ball” team event. The groups were in four-man teams and each team was issued with a yellow ball. Each team member took turns to play with the yellow ball and each hole score was recorded.

When the yellow ball was lost, the team were eliminated from the competition. The team with the highest number of points were the winners. I think it is safe to say that the five minute rule for searching for a ball was somewhat ignored.

Following the golf the players moved on to Paddy’s Irish Bar for the presentations. 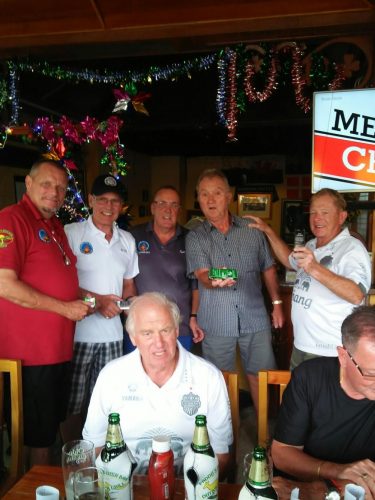 Winners of the “Yellow Ball” event, Magnus, Tom, Tony and Carsten with 26 points.

The main event was won by Jimmy Green with 34 points, with Keith Wood second,32 points and Colin Bradwell third, 30 points. 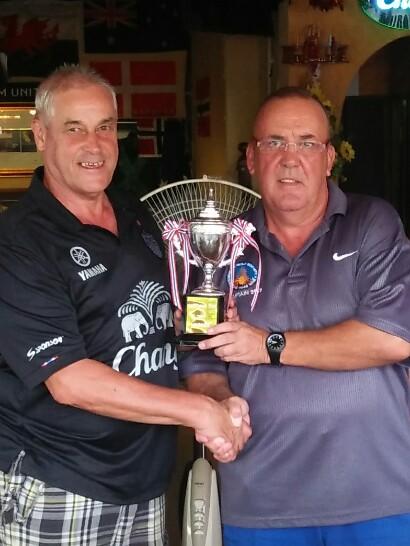 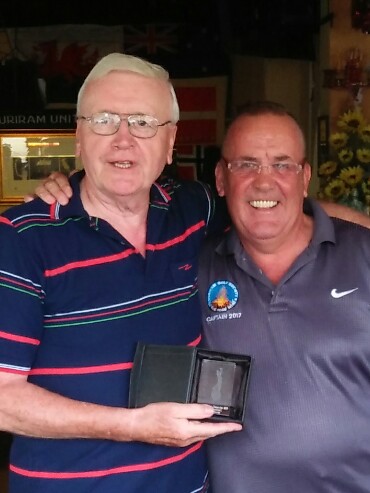 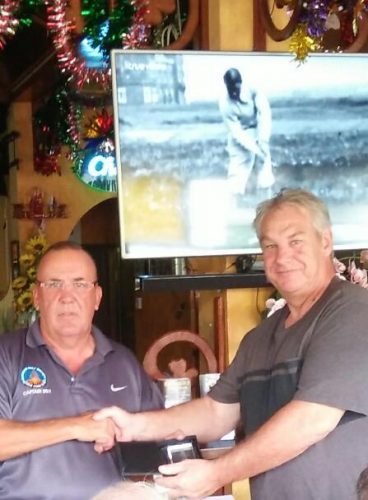 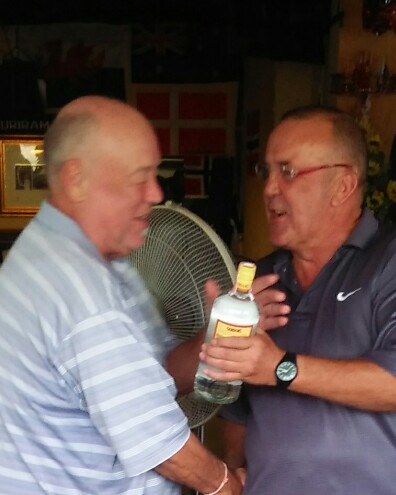 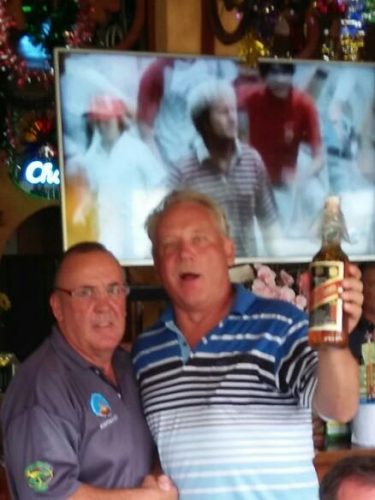 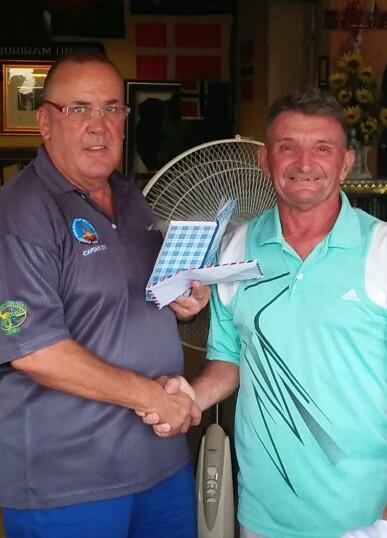 Nearest-the-pin in two 4/13 winner vice-captain Keith Wood. (Guest John Upex actually won this prize but re-donated it back to the Society.)

At the conclusion of the presentations, Society President Peter Dempsey thanked Colin for all his hard work during his year in office . This was echoed by all the members present.

Landlord Mike and his staff then served up an excellent meal of either burger and chips or fish and chips. These were kindly provided by the Captain, which was much appreciated by everyone.

The party then began to break-up, apart from the “usual suspects” who remained for a few more beers. All in the name of being sociable of course !

It was a very enjoyable day and we look forward to vice-captain Keith Wood assuming office at the end of the year. The Buriram Times wishes Keith all the best and it’s sure to be another good year.