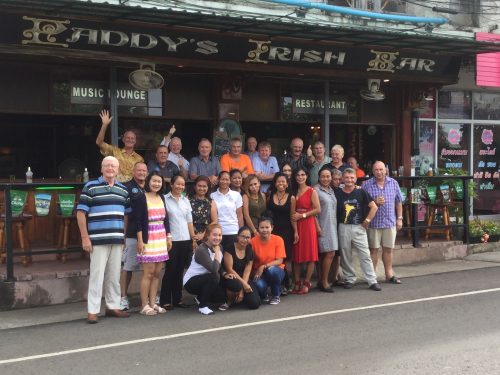 Buriram Golf Society decided that it would be a good idea to have a bit of a party and it was held at the Clubhouse, Paddy’s Irish Bar on Monday August 7. Paddy’s is normally closed on Mondays but Society member and new Paddy’s owner Mike Olsson, his wife Lin and the staff kindly gave up their day off to host the event.

The party was also organized to say a big thank-you to the wives and girlfriends of the Society members for allowing their partners to have”time off” on Tuesdays and Fridays to play golf.

All the members had contributed to the cost of food etc and there was an excellent turnout as things got under way around 1pm. The first drink on arrival was free as the entertainment began.

Singer/guitarist Alex provided his own interpretation of numerous classic songs and was very well-received. He became even more popular when he rang the bell later on ! 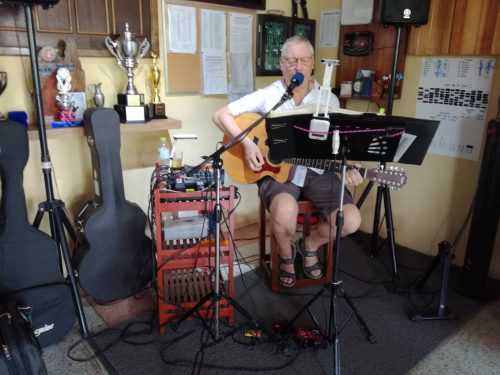 The buffet was served around 2.30pm and it was of the highest quality. Prawns,squid, mussels,beef and a selection of salads were superbly presented and remarkably tasted even better than they looked.

Thanks to Mike and the staff. It’s difficult to find words to do justice to a wonderful meal. 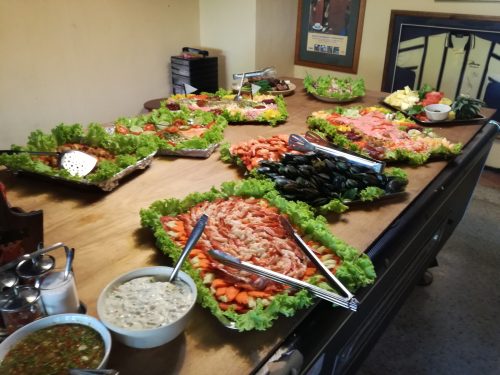 After a few words of thanks from Society President Peter Dempsey, the ladies were presented with a small memento to mark the occasion.

Then it was KARAOKE time , or the ritual slaying of some of the pop industry’s finest songs ! There were some “memorable” performances from Jack, Graham, Jim,Peter and the Thai ladies performed several Thai songs.

However, every show has to have a star(s) and the sight of Tommy and Keith performing Abba’s Dancing Queen (TWICE) will be etched in my memory for the rest of my days. 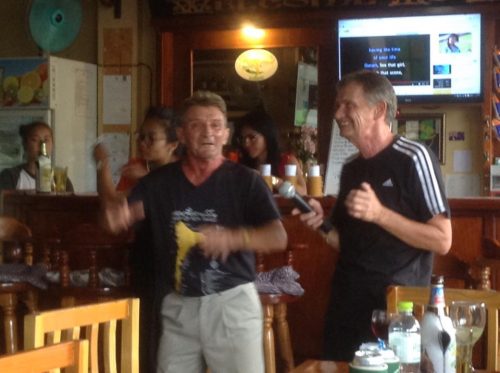 It was AWFUL but so bloody funny ! Thanks fellas !

Things finally settled down around 9pm when Mike decided enough was enough. A thoroughly enjoyable day and thanks to all those who were involved in setting it up.

Looking forward to next year.