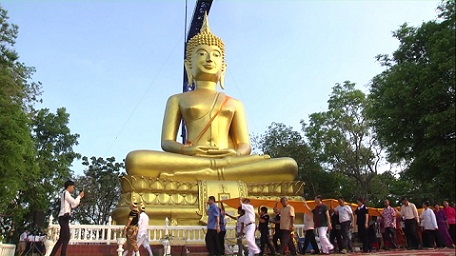 Buddhist residents of Buriram, today Friday 20th May 2016, held a parade for a 37 metre long monk’s chest cloth as part of a ceremony to pay homage to the province’s Fai Kradong Volcano Buddha statue on the occasion of Visakha Bucha Day. 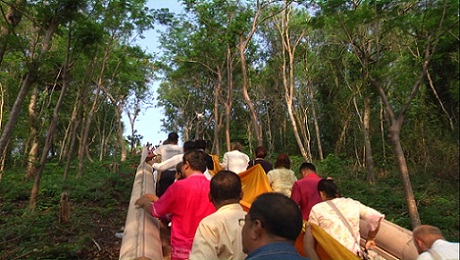 Buriram Deputy Governor Seri Srihatrai led residents of the Province in parading the chest cloth up 297 steps to the province’s main Buddha statue. The ceremony culminated in a changing of the cloth for the statue, an attack of homage on the occasion on Visakha Bucha Day. The activity was highlighted by cultural performances, prayers, sermons and children’s shows as well as a tri-circumambulation. 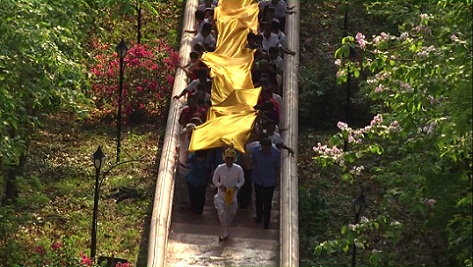 The provincial Buddha statue houses a Buddhist relic and was first built in 1969. The statue’s location was chosen so that it may gaze out over Buriram, the capital city of the province,