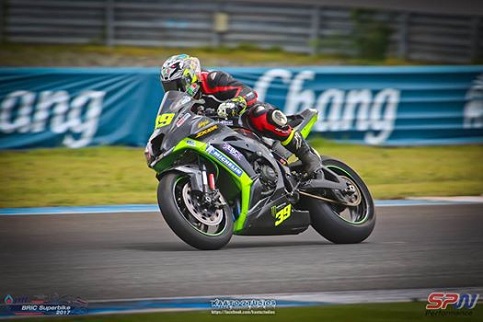 Superbikes at the Chang International Circuit

Canadian Buriram resident Colin Butler did not race this weekend as in Friday’s free practice he got hit by another rider and although unhurt was unable to race as the damage caused to his brand new Kawasaki on its first ever outing could not be repaired in time (Not a happy bunny this weekend).

We met up with Gary Johnson who was racing in only his third race and on Saturday qualified in 5th position with a personal best lap time of under 1min.50 seconds. (Only 1.5 seconds behind the man on pole and eventual race winner). 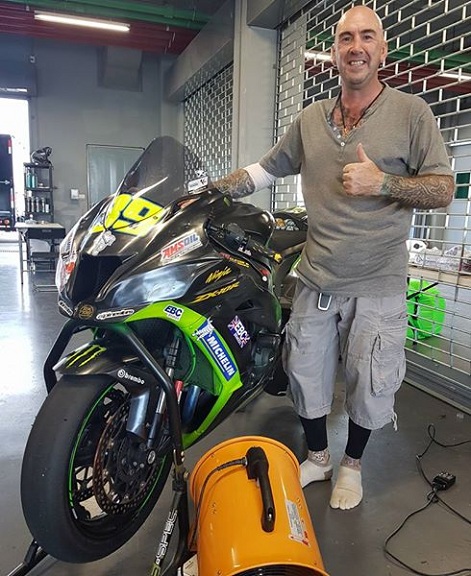 He eventually ended up in 11th position in the race. Although not happy with the result, he is training even harder and hopes to improve his positions in the forthcoming races.

It was a disappointing crowd who watched the seven races staged on Sunday which were generally close fought battles except the 600cc Supersports race where Prawat Yanawut won by a country mile and was in a class of his own. His teammate Anon Sangval also romped away to victory in the Superstock race for 1000cc machines.

Report by Colin and Steve