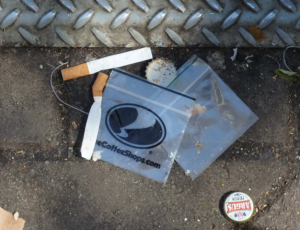 The Dutch state was ‘careless’ in its investigation into a Dutch cannabis cafe owner who moved to Thailand, which eventually led to the man being jailed for 75 years, the national ombudsman said on Monday. Johan van Laarhoven, who ran several cannabis cafes, or coffee shops, in Tilburg and Den Bosch moved to Thailand since 2008. In 2014 he was arrested by the Thai authorities and jailed for money laundering, even though the offences took place in the Netherlands.

Although these activities had taken place in the Netherlands and the Dutch authorities had turned a blind eye to them, he was arrested and then sentenced to 103 years in jail, later reduced to 75 on appeal. His wife was also jailed. In his report, ombudsman Reinier van Zutphen says Dutch officials were careless in their approaches to the Thai authorities, particularly in the case of Van Laarhoven’s wife who was not under investigation in the Netherlands.

In addition, claims by the public prosecution department that it could not have foreseen the two would be arrested are ‘not believable’, the ombudsman said. Risks ‘The Dutch authorities had not prepared properly and lost sight of Van Laarhoven and his wife’s positions,’ the ombudsman said. ‘And this happened even though the department was well aware of the risks that a drugs-related criminal investigation in Thailand may bring.’

The Dutch investigation into Van Laarhoven and several others is still ongoing. In the meantime, D66 parliamentarians have called on the justice ministry to do all it can to have the couple brought back to the Netherlands.