Carnage Continues On Thai Roads: 3,175 Reported Dead At The Scene Since The Start Of 2019 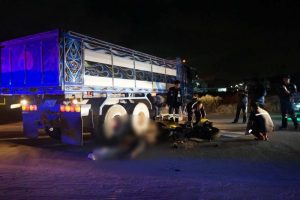 Carnage continues on Thai roads: 3,175 reported dead at the scene since the start of 2019

Daily News continued their campaign to report daily on the carnage on the Thai roads.

They are trying to raise awareness and improve driving on what are some of the most dangerous roads in the world.

Yesterday 52 people were killed. It was 74 on Monday, the worst day this month.

The figures always come with a disclaimer that they are unofficial and expected to rise when deaths at hospitals are added to the already grim “at the scene” figures. Since the start of the year, 3,175 people have perished.

Daily News’  focus in the latest report was on motorcycles that are said to make up 70% of fatalities.

One guy in Sakon Nakorn told his friends that he was OK to ride home despite being drunk. 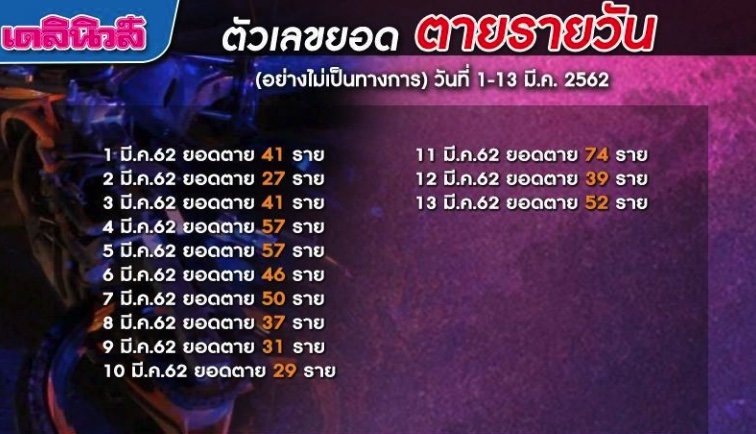 He hit the central reservation on the Sakon Nakorn to Na Kae road and came off dying instantly. He was not wearing a helmet.

CCTV in another location showed a rider come off as a truck was turning left. It was not reported if this person survived or not.

Thaivisa notes that the truck may not have been indicating but experienced riders should be well aware of the peril of undertaking slowing vehicles in this manner.