Police and rescue services in downtown Buriram were called to the library intersection after a pick-up driven by a 45 year old Thai man plowed into three motorcycles.

One of the riders was propelled 100 meters down the road and crushed against a roadside Chamchuree tree.

Both airbags deployed and Pradit survived with minor injuries.

Bits of motorcycles were all over the road – one picture showed a bike cut in two. 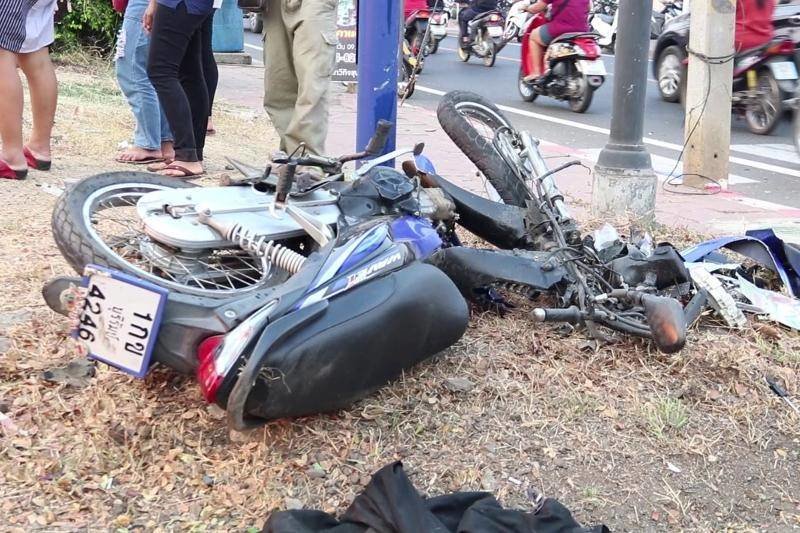 Dead at the scene was Jiraporn, 22, a fourth year Science student at Buriram Rajabhat University.

A 54 year old man, 12 year old girl and a 21 year old woman were all taken to hospital with grievous injuries.

Wachara, 30, a witness said he saw the pick-up rev its engine and race through the intersection and plow into the motorbikes that appeared to be moving off on a green light. 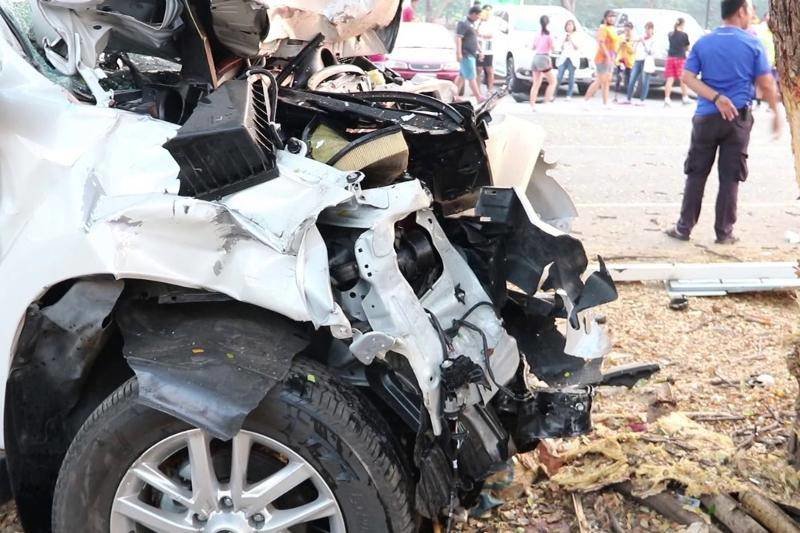 Daily News made much of the tree – sometimes known as a rain tree in English – that is much revered in Thailand.

They also said high up in their story that a six year old was among the injured though provided no evidence of that in the main part of their story.