Centipedes And Millipedes In Thailand 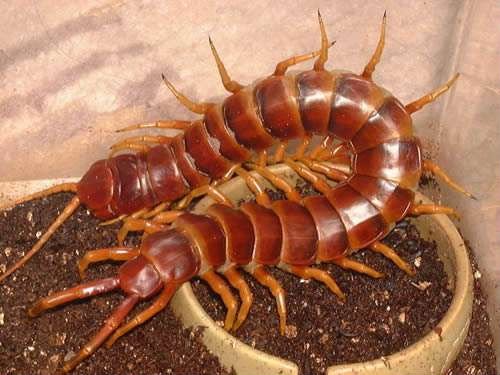 These giant centipedes are also known as Chinese Red Headed Centipedes and Asian Forest Centipedes. You may find them underneath rocks, tree logs, damp foliage or partially buried in loose damp soil. They have also been known to shelter inside shoes, so beware.

They prey on worms, spiders, insects and even other centipedes which they kill with powerful venom.

If you happen to come across one of these centipedes in Thailand, treat it with caution, if you annoy them they will bite. Sometimes they will bite even if you have not done anything to threaten the creature. They have specially adapted front legs which act as pincers which they use to catch their prey and then inject it with venom to kill it. The centipede will use these same pincer- like legs to bite you.

A bite from one of these centipedes is extremely painful and the pain can last for 4 or 5 days. Severe swelling and bruising often results from being bitten and some people may suffer more adverse effects such as breathing difficulties and a rapid heartbeat. Children are especially at risk and should be taken to hospital if bitten by one of these centipedes. It’s probably a good idea to see a doctor anyway if you get bitten.

As with any envenomation you have to guard against allergic reaction which can result in complications or even death if not treated quickly.

Immediate treatment consists of rinsing the bite site in cold water. If not too painful, ice the bite site. This constricts the blood vessels so the venom does not spread. Also recommended is papain, an enzyme that breaks down protein. Papain can be found in meat tenderizer and papaya. This deactivates the majority of the centipede venom’s proteins. Depending on the type of centipede and level of envenomation, this treatment may not degrade the entire venom dose and residual pain will remain.

Individuals who are bitten by centipedes are sometimes given a urine test to check for muscle tissue breakdown and/or an EKG to check for heart and vascular problems. 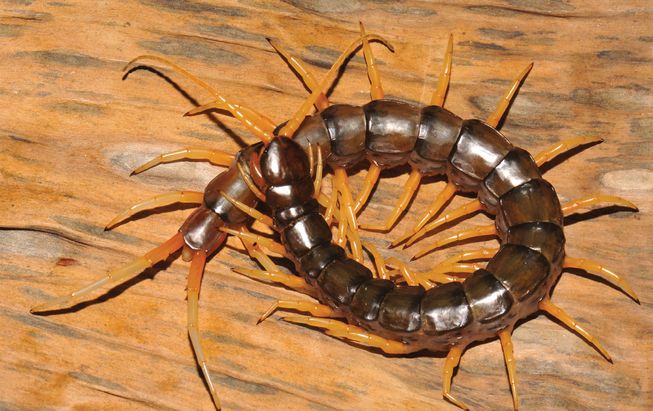 Up until recently, it was widely believed that centipedes were strictly a land-dwelling species. That all changed when entomologist George Beccaloni, on honeymoon in Thailand, discovered a species of giant centipede with a preference for water.

Beccaloni said,“Wherever I go in the world, I always turn over rocks beside streams, and that’s where I found this centipede, which was quite a surprise .It was pretty horrific-looking: very big with long legs and a horrible dark, greenish-black colour.”

Instead of darting into the forest for protection, the centipede jumped into the water and, as Beccaloni recalled, swam under a rock to hide. The new species, the first of its kind known to swim, has been named Scolopendra cataracta, from the Latin for “waterfall.”

Armed with a painful, venomous bite used to paralyze prey from fish to snakes, this giant species of centipede can grow to nearly 8 inches long.

Here’s a picture of its mouth parts for your nightmares: 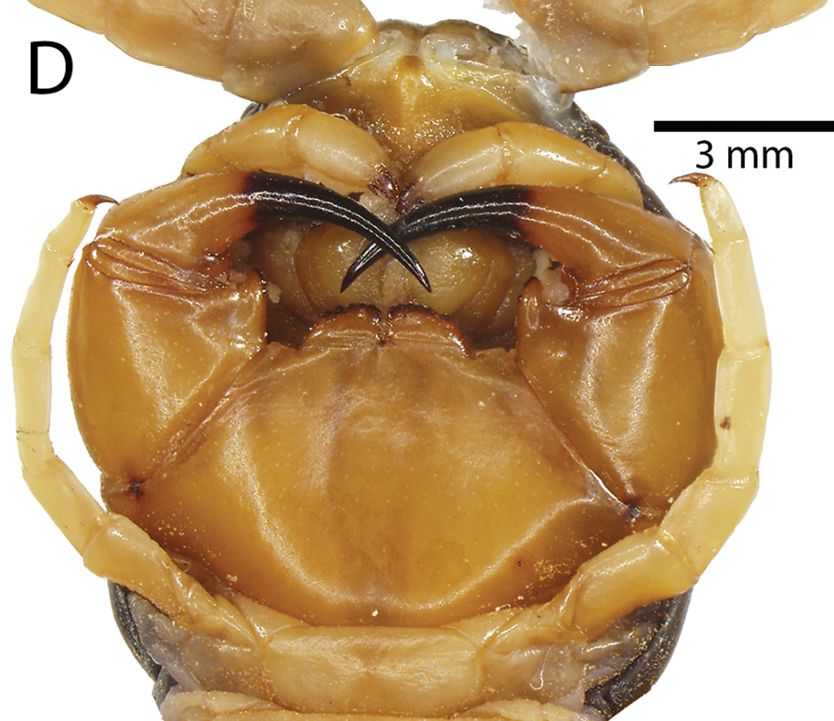 Millipedes are not closely related to centipedes and are generally completely harmless, though to be completely safe avoid contact with them.

Most millipedes are slow-moving , eating decaying leaves and other dead plant matter. Some eat fungi or suck plant fluids, and a small minority are predatory. Millipedes are generally harmless to humans, although some can become household or garden pests, especially in greenhouses where they can cause severe damage to emergent seedlings. Most millipedes defend themselves with a variety of chemicals secreted from pores along the body, although the tiny bristle millipedes are covered with tufts of detachable bristles.

Why So Many Thais Have Chinese Ancestry