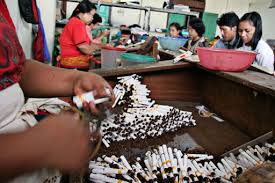 The National Legislative Assembly (NLA) have proposed a rise in the legal age for purchasing cigarettes from 18 to 20 under an amended law regulating tobacco.

The Public Health Minister proposed the amendment amid concerns over the rising number of teenage smokers.

It is widely held that the current Tobacco Control Act and the Non-Smoker’s Health Protection Act were out of date and did not reflect the behaviour of young smokers.

Another problem was law enforcement and it is hoped the proposed changes will prove effective in discouraging young people from smoking.

It appears that some international tobacco companies are targeting young people and the problem needs to be addressed immediately as cigarette sales are rising.

Some NLA members expressed concern regarding tobacco growers, citing that jobs may be lost as a result of the new measures. It was agreed that some subsidies may be available for the growers , while at the same time they should be encouraged to grow other crops.

As well as limiting tobacco growing areas, it was also decided that ways need to be found to educate the illiterate regarding the health risks of smoking.