When you read into a bit, it appears that ‘Seizes’ was a bit of strong word to use. The kids were advised to tow the line with the official mourning rules, to wear black, grey or white. Apparently ‘not many’ kids were wearing colours and had their jackets taken by teachers. The jackets have now been returned to the children. 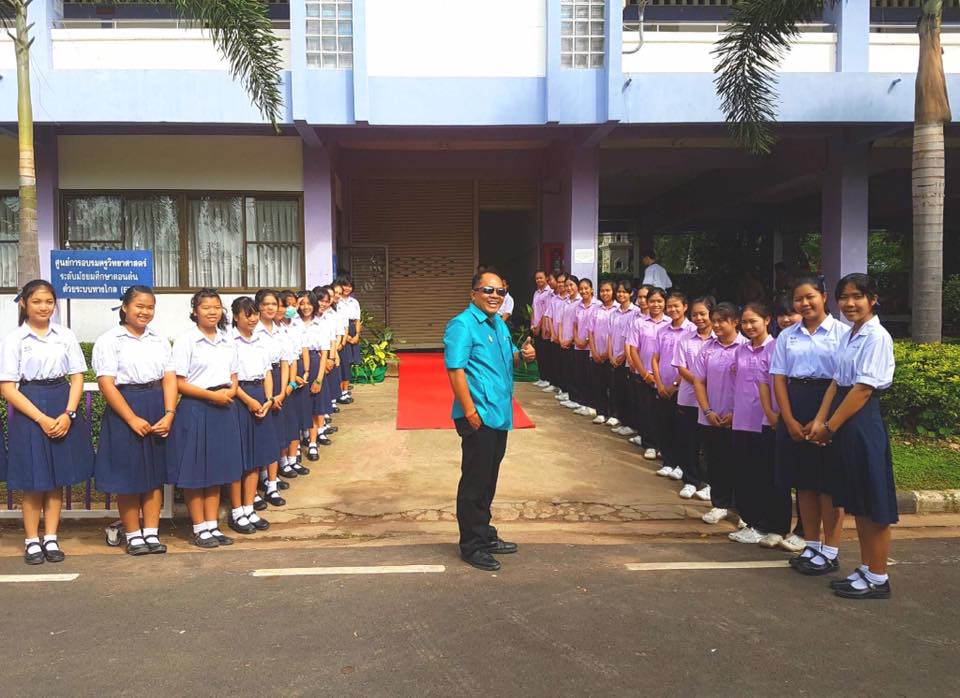 The director of Nangrong School, Somsak Taemsoaksoong said that government officials, including teachers have to wear black for a year; “So if students wear bright colours, it’s look kinda off.”

Somsak said they would treat the cases of kids who couldn’t afford black or grey jackets on a case by case basis. They could opt to wear ribbons.

Temperatures in Buriram have fallen to 21C in the morning, which is cool enough for Thais to wear jackets.

Obviously this is going to be an issue in the next couple of weeks and parents need to know what their children’s schools expect.

Although the temperature of 21C may sound mild it can get chilly on a motorbike to school, for example. Later in the year colder temperatures are expected and jackets will be needed.