Coronavirus? You Should Be More Worried About Thailand’s Deadly Roads – 1602 Killed So Far In 2020 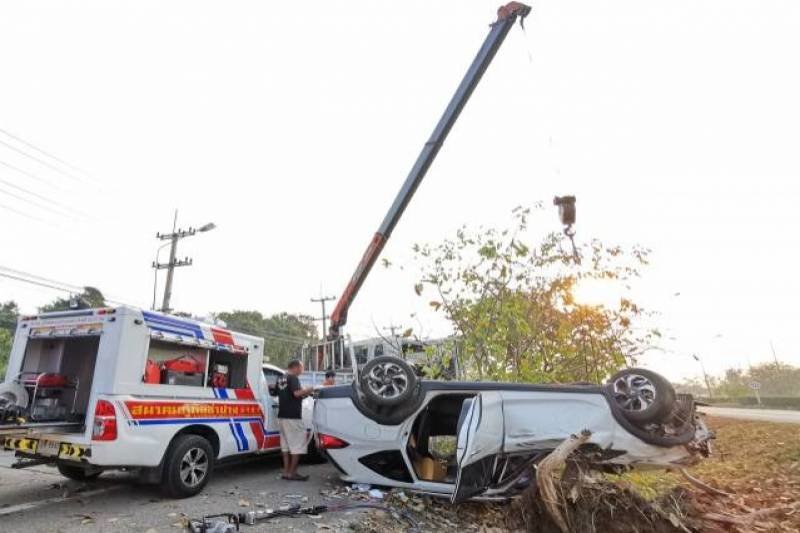 As netizens are gripped by hysteria and paranoia following the recent coronavirus outbreak, what should be a much more pressing concern for people living in Thailand went largely unnoticed across news feeds on Wednesday.

While most sites were publishing page after page of news on the coronavirus, Daily News continued to report on the appalling carnage that takes place on Thailand’s road each and every day.

According to Daily News, a staggering 1,602 people have been killed on Thailand’s road so far in 2020.

Daily News reported that in January alone 1,385 people were killed after being involved in a road traffic accident in Thailand, while a further 217 have been killed in the first five days of February. As if these stats were not shocking enough, Daily News cautioned that the figures only record the people who died at the scene of accidents and do not take into account people who die later.

Thaivisa notes that the reality of all deaths is likely to be closer to 2,000 per month. Even senior government officials have conceded that the annual death toll is in excess of 20,000

Daily News also said that many jurisdiction do not report weekend death tolls until later in the week, maybe Tuesday.

A perusal of the stats this year shows that weekend death tolls are lower than other days and Mondays are often the highest, notes Thaivisa.

Daily News said it reports Thailand’s road death figures daily in an effort to bring awareness to the situation.

By comparison, at the time of publishing, Thailand has reported 25 cases of coronavirus

infections, with 9 of those diagnosed having already recovered and been sent home. 16 other patients remain in hospital. Thailand has so far recorded zero deaths from coronavirus.

While the spread of the coronavirus in China, particularly in Wuhan and the neighbouring region is more serious, where there have been over 28,000 cases and over 500 deaths, the situation in Thailand is much less severe.

Those infected both in China and in Thailand have been elderly, had pre existing health conditions and weakened immune systems.

Statistics from China indicate that about 2% of people infected with the new virus have died, suggesting it may be deadlier than seasonal flu but less deadly than SARS, which killed about 10% of infected individuals. The MERS outbreak in 2012 had a fatality rate of about 35%.