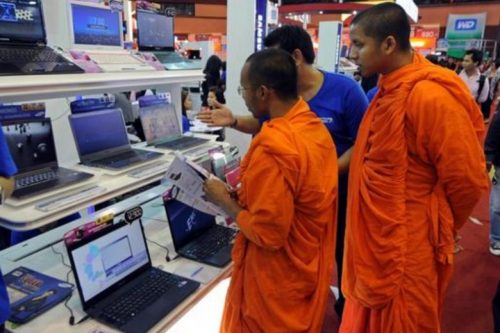 Police lieutenant general Thitiraj Nhongharnpitak said that 95 monks who are suspected of damaging the image of monks and Buddhism will be prosecuted if they are found to have broken the law, reported The Bangkok Post.

“This is the first group the CSD is looking into and it will keep watching for more. If they breach the monastic code of conduct, they will be asked to leave the monkhood. They will face legal action, too, if they break the laws,” he said.

While 35 of them were suspected of indulging in sexual activities, 24 claimed to have supernatural powers, 11 were engaged in political activism, and 25 practised transvestism.

A CIB source said the crackdown would unfold over two weeks. It coincides with the Sangha Supreme Council’s order instructing senior monks to toughen the screening procedures for men wishing to become monks.

The latest order came after the Supreme Patriarch, Mr Somdet Phra Ariyawong Sahhottayan, said at a meeting on Nov 23 that ecclesiastical officials at all levels needed to strictly adhere to the discipline required of monks.

He has been accused of making sexual advances towards several women and improper conduct, and is being detained at the Bangkok Remand Prison after the Criminal Court denied bail.

Two weeks earlier, a separate CSD team detained a 27-year-old monk and two others in Bangkok for alleged fraud.