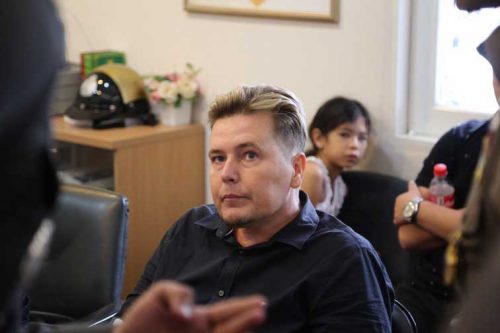 Tourist police have arrested a Danish man for allegedly running a fraudulent hotel-reservation website that cheated more than 400 European travellers out of an estimated Bt20 million.

Officers had a warrant issued by the Criminal Court on April 28 charging Schultz and five Thais with deceiving the public and violating the Computer Crime Act by posting false information online.

Surachet said the warrant was requested after his bureau received complaints from a firm handling credit card payments and from several foreign tourists.

They claimed that the website vacasianhotel.com had tricked tourists out of their money when they booked stays at Thai hotels.

On arrival at their hotels, the tourists were told there had been no booking, forcing them to pay again for accommodation.

Surachet said the website, which has been operating for more than two years, was registered by Secure System Co Ltd, a firm owned by Schultz.

He alleged that the money collected through credit card payments went to the bank account of Chantee Lomsak, 36, who forwarded it to Schultz.

He said Schultz had entered Thailand in September on a tourist visa.

Police are hunting for the five alleged accomplices.