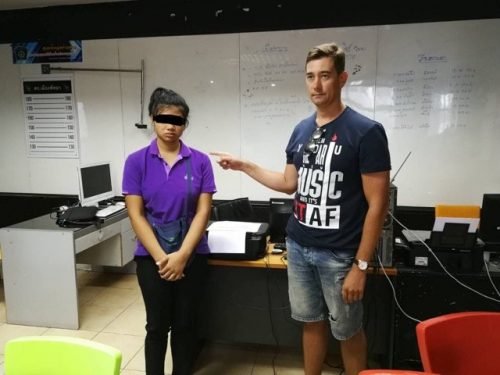 A dishonest Pattaya hotel maid gave the excuse that she thought the money a Russian tourist left out in his Jomtien beach hotel room was a tip intended for her.

Mr Nikolay Lavanov, 37, was on hand to do the pointing at the suspect in case there was any doubt.

Siriwimon, from Udon Thani, was taken to the exchange booth where she got about 6,500 baht for what she claimed she thought was a tip.

She bought a small gold ring with some of the proceeds.

The hotel was not named.