The Dutchman Who Is Bringing Clean Water To Isan Schools 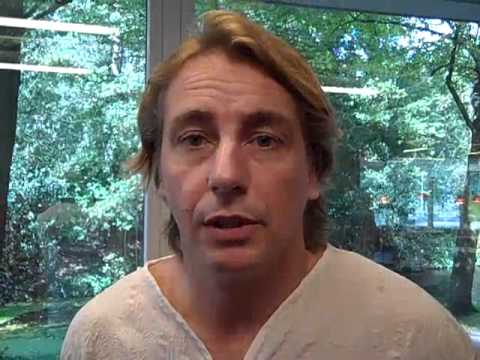 A short while ago the Buriram Times reported on Frenchmen Theo Rohfritsch and Simon Valdenaire who are cycling from France to New Zealand to raise awareness of the importance of clean water. They are raising money to bring clean water to poorer areas and whilst they were in Thailand they met up with Ruben van Beek who is the creator of the Hoat Foundation which is providing water purification systems in North-East Thailand.

We met up with Ruben and had an interesting conversation with the likable Dutchman and he told us how the Foundation came about and how things have continued to develop. Ruben has been a regular visitor to Thailand for a number of years and he told us that he had been trying to think of a way of helping poor families in Thailand.

He came up with an ingenious idea of giving twenty families a pig to look after. He bought twenty piggy banks in Holland and asked bar and restaurant owners if he could leave one in their establishments so patrons could suggest a name for their pig and donate whatever they could afford until each pig held sixty euros. When all the piggy banks had been filled and named Ruben returned to Thailand and bought twenty pigs with the money.

Each pig was given to a family who had to agree to look after the pig until it reached maturity. All the pigs were female and when they were big enough to breed Ruben covered the cost of two matings with a boar for each pig.

The family were then told that they now not only owned the original pig but all of the subsequent offspring. Now it was up to them what they did with the pigs. A few sold all of their pigs but many were much wiser and became pig-breeders , literally transforming their lives to the extent that some were able to build their own homes.

Ruben continued with his idea and over 800 families were given pigs to raise.

Buoyed with this success, Ruben wanted to help even more people and identified providing clean water as  an excellent way of doing this. We will be writing further articles about how this remarkable man achieved his goals.

In the meantime you can find out more about Ruben on www.hoat.nl  and on the website of his new company H2O Water Systems.