As some of you may have seen last night (Sunday night in Thailand) normal TV programming is starting to return although  sombre with presenters still in black.

Sporting activities are also set to resume this week after the 30-day mourning period, which followed the passing away of His Majesty the King on Oct 13.

More leeway will be given to entertainment venues with music and nightlife events permitted.

All sports events were either put on hold or cancelled during the 30 day mourning period which ended Sunday.

The Thai PGA Tour cancelled this month’s event in Prachin Burin and will stage its last tournament of the year in Khon Kaen next month. Other golfing events look set to resume.

The Thai football season was of course cancelled completely.

Muay Thai is back though,  competitions at Rajadamnern Stadium, which hosts fights four days a week, will return to normal routine on Monday, Wednesday, Thursday, and next Sunday.

Lumpinee Stadium, where fights are staged on Tuesdays, Fridays and Saturdays, will see the action resume on Tuesday. 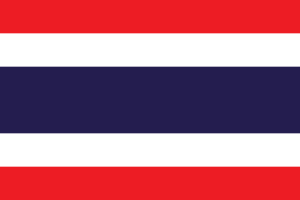