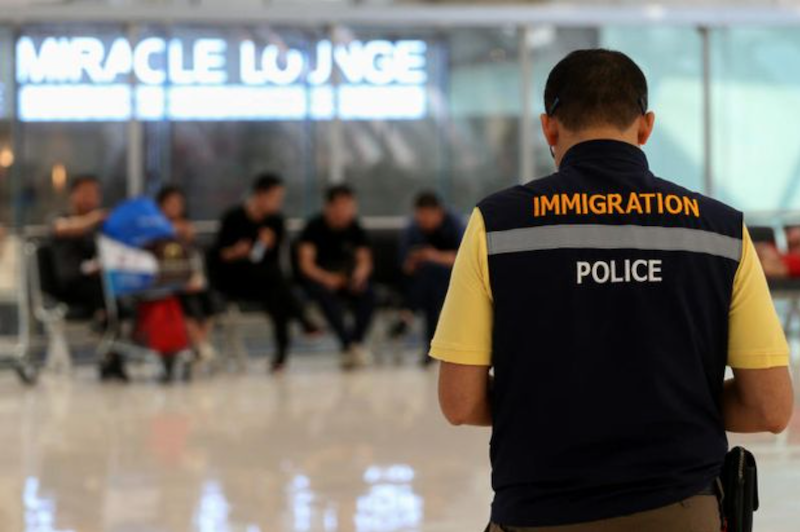 Thai Immigration are warning foreigners in Thailand to make sure their visa status is in order ahead of the end of the visa amnesty.

Foreigners who have been stranded in Thailand due to COVID-19 have until 26 September to renew their visas or leave the country.

Anyone found to be in Thailand on an expired visa from 27 September, normal overstay penalties will apply, Immigration has warned.

As Thailand went into lockdown in March, the Thai government announced a visa amnesty for foreigners left stranded in the country. The amnesty was then extended to 26 September.

While most of the foreign tourists stuck in Thailand have since returned home, Immigration have said there are still 150,000 foreigners in Thailand on tourist visas.

Foreigners who overstay their permission to remain in Thailand face fines and even possible jail.

They are also likely to be deported and could be blacklisted from re-entering Thailand for up to 10 years, depending on the length of time they have overstayed. Information on Thailand’s penalties for overstay can be found below.

The news comes as the Phuket News reported that Phuket Immigration on Monday was “overwhelmed” with foreigners trying to extend their permission to remain in the country.

And the end of the visa amnesty doesn’t just apply to tourists.

Expats who stay in Thailand with long term extensions of stay based on marriage, retirement or being a parent to a Thai child are also required to make sure their immigration status is in order if they had put off renewing their extension during the amnesty period.

Penalties for overstaying in Thailand

In the case of a foreigner surrendering to authorities

In the case of a foreigner on overstay being arrested:

Overstay  up to 1 Year = 5 year ban from Thailand