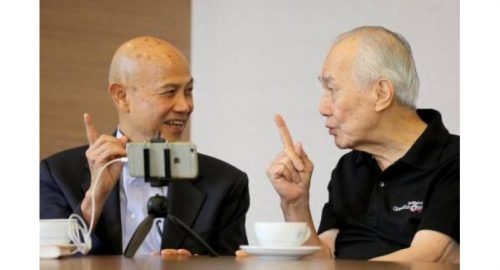 Former Thai Prime Minister Anand Panyarachan talked with Suthichai Poon of the Nation about global economic affairs, including the US attitude to Thailand.

HE EMERGENCE OF DONALD TRUMP SEEMS TO HAVE CREATED WORLDWIDE FRUSTRATION. COULD YOU EXPLAIN THE PHENOMENON BEHIND THIS? AND HOW WOULD THIS INDICATE FUTURE TRENDS?

Actually, the said frustration stemmed from last year’s Brexit vote in Britain. Who would have thought that the United Kingdom would make such a decision when it had benefited so much from the European Union, whether in trade or education subsidies? This was because some people, particularly in the 20-30 age group, did not cast their votes. It is also the first time that the UK has been severely fractured. British Prime Minister Theresa May, who was totally against the “leave” decision, now also has to respect the people’s votes and move the agenda forward.

Practically speaking, negotiations with EU will not be easily settled in two years once the Article 50 [of the Treaty of Lisbon] is triggered. It will mean talks not only with the EU but also with each individual EU member, not to mention compensation fees for leaving. Any renegotiations with non-EU countries are also frozen; they can’t proceed unless the UK really leaves the EU. This uncertainty is what investors fear most.

Looking at the US, Trump’s words may be inappropriate for someone as highly placed as the US president. Some even call him crazy. But his techniques, from persuading the masses with social media to using so-called alternative facts, really make him where he is today. He likes Twitter where his followers are ready to believe much rather than mass media such as CNN, The New York Times and The Guardian, who always make in-depth analyses.
There are also upcoming elections in Europe. While the conservative party is not doing well in Italy, French right-wing candidate Marine Le Pen is making ground but may not survive the second vote. While the far-right candidate has been on a run in the Netherlands, the situation is now more steady.

We need to analyse why the global trend is changing, even in long-established democratic countries. The post-globalisation era allows nations to prosper with free trade, boundlessness, and information technology – with most benefits going to the rich.

In the US, the poor are making less than they did a decade ago, coupled with increasing unemployment rates. Some Americans felt that former president Barack Obama’s administration, which opted for the North American Free Trade Agreement, was a failure.

For example, when you lose a job, you can’t pay bills for your house, health and education, and feel your quality of life has deteriorated; you can’t help but feel neglected and hurt. This explains why they thought the old system didn’t work any more.

But it’s not as easy as it looks. The original system may not be ideal, but it is based on democracy, rights, freedom and transparency. Though I don’t think the US is a democratic model, these things are what make the US what it is today.

The North Atlantic Treaty Organisation (Nato) also needs to stay in place as its system has prevented another world war for seven decades. If the current way of democracy is not right, why not adjust it bit by bit instead of rebuilding the whole chunk? Focus needs to be paid to the middle-class and poor people.

Ultimately, Trump knows the weak spots of the old system and how to create a good perception. He hailed his know-how in business, saying he would make good trade negotiations.

With Trump promising millions more jobs, the return of heavy industries, and victory of the Americans, jobs are actually being cut due to technology replacement or things being made in other countries with lower operational costs.

Trump’s children even have companies in China, while he still refuses to reveal his tax returns. What really disappoints me is how Trump voters believe him so easily.

IN YOUR VIEW, WHAT WOULD BE TRUMP’S FOREIGN POLICY GAMES?

First of all, he directly called the Taiwanese president (provoking Beijing’s anger) and said no to Nato and the EU. We have to wonder whether the Secretary of Defence, Secretary of State, and National Security Adviser can balance his thoughts.

We all know that the US likes to pontificate on rights and freedoms, while taking part in the Egyptian uprising and refusing to call it a coup.

Looking at Thailand in particular, we have to admit that the US has been our post-World War II benefactor, notably in military matters and trade, although it has been out of track lately. We also have to like China, which is only a few hundred kilometres away.

CAN WE YET BE CERTAIN ON US POLICY TOWARDS ASEAN?

I’m note even sure if Trump, who barely mentions Asian countries, even knows about Thailand. We need to be aware that we are no major power. I think the current Thai government knows its place.

I also agree with Thailand’s part in the China-engaging Regional Comprehensive Economic Partnership, but we need to watch out for Japan, which has lately been leaning towards the US. India, meanwhile, is progressive in its “Look East” policy.

GIVEN ALL THESE UNCERTAIN TRENDS, WHAT SHOULD BE DONE?

Attention should be paid less to economic growth and more to people living without benefits. Wealth gaps need to be tightened, too. The inequality issue is very sensitive and can polarise people to the point of being irrational.

It should be a concern that people, especially in the US, have less respect for facts and are ready to believe the unreasonable statements. Lies become more trivial, so that it turns to rhetoric without accountability. This trend is also happening in Thailand – that people like to hear only what they believe in. This tech-savvy era has pros and cons.

I BELIEVE THAT CREATIVE USE OF SOCIAL MEDIA CAN FACILITATE A FACT-CHECKING CULTURE. ON THE OTHER HAND, IF MISUSED, IT CAN REPRODUCE LIES.

Some issues need to be carried out with dialogue and social media must be used creatively.