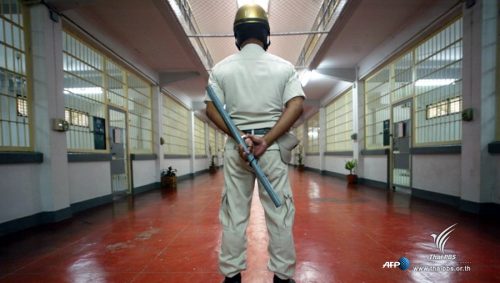 The Corrections Department has fired 14 wardens after finding them guilty of serious misconducts, ranging from taking bribes from inmates and assisting them to break the rules.

Of the 14 dismissed from civil servant services, one will be still entitled for pension payment same as a normal retiree, while the others won’t be paid.

The decision to dismiss the 14 prison wardens was reached at the meeting of the department’s civil service sub-commission and was revealed to the public by department chief Pol Col Narat Sawetanan .

Department chief Pol Col Narat Sawettanan said the heavy punitive action was handed down to serve as a reminder for other wardens that the wrongdoers would be drastically dealt with.