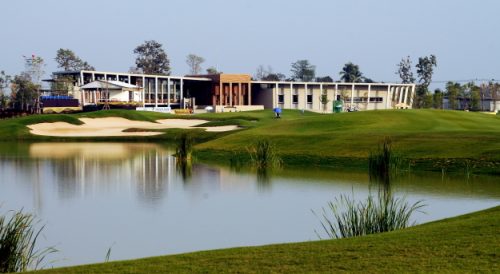 Paddy’s Irish Bar landlord Mike Olssen decided that he wanted a break from the “challenge” of Khao Kradong golf course and thought a trip to Khon Kaen to take on Singha Park and the Ubolratana Dam courses would be ideal.

The trio set off on Tuesday, December 5 at around 2pm. After a smooth two and a half hour journey , we checked into the SF Biz Hotel . We have used this hotel before and it is excellent value at 600 bht per night.

After a quick wash and brush-up, a unanimous decision took us out for a couple of early evening beers in the nearby Khon Kaen bar area. There are about seven bars situated all together.(Pracha Samarn Road)

All provide friendly staff who are more than happy to chat or play pool. Prices are higher than Buriram, but what the heck, you’re on holiday !

Food was the next requirement and situated among the bars is the Yokotai Restaurant. 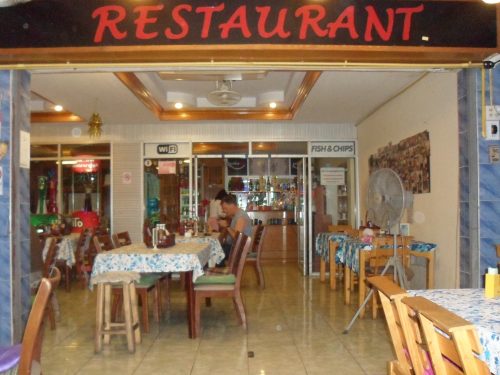 It is owned by Dutchman Jan and we ate there both nights . The food was excellent and we can highly recommend it. (See full review of the Yokotai in another article).

It was then back to beer and pool before retiring to rest up for the challenge of Singha Park.

After a hearty full-English breakfast at the nearby Blues Bar, again highly recommended, we set off on the twenty-five minute trip to Singha Park. For those who are not familiar with the course, it is one of the top ones in Thailand with the King’s Cup played there regularly.

As you would expect, the facilities are top class and the course itself is always in immaculate condition. It is a far cry from Buriram with hardly a tree in sight and WIDE fairways. The greens are lightning fast so touch is of the essence.

Singha Park have a “Sports Day” on a Wednesday which means it’s half price. 1,050bht, green +caddy fee.

We were joined by former Khon Kaen Times owner Mick and he paired up with Bill for a game of four-ball-better-ball match play. 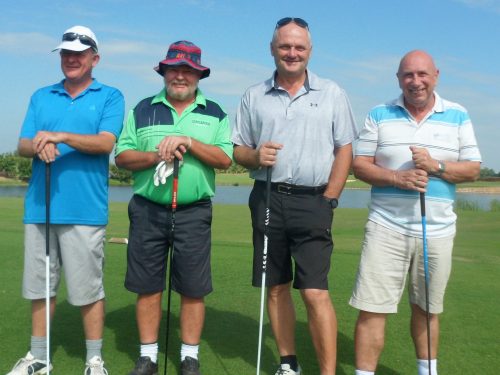 The game was tight for much of the time but Bill and Mick pulled away to go three up before Mike and Graham fought back to be just one down. However, Bill halted the fight back to ensure he and Mick ran out victors 3&2.

The Singha Park caddies are excellent, all possessing a good knowledge of golf and the greens. They are also not averse to having a bit of a giggle at the same time. 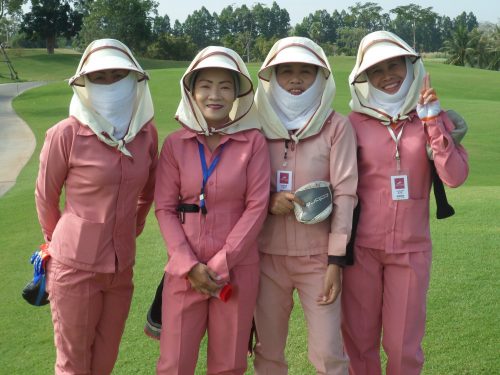 It would be very remiss of me if I forgot to thank Bill for his constant Ashes updates which did little to help my ailing swing, particularly early on when Mr Leo was still an unwelcome companion !

Then it was back to the hotel for a short rest before heading back to the Yokotai to eat and then resuming acquaintances made the previous night in the bars.

Next morning it was check-out time, followed by breakfast at the Blues Bar before making the hour-long drive to Ubolratana Dam. 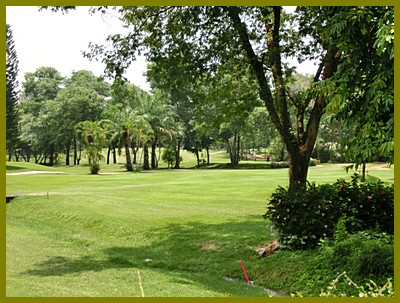 This course can only be described as beautiful. The scenery is wonderful and the lay-out of the course is superb. One or two of the fairways were a little disappointing but that in no way  detracted from the pleasure of playing this course.

The greens are excellent, with a number of subtle borrows on a receptive, fast surface. The price of 500 bht is ridiculously, incedible value for money.

With only three players, Mike and Bill were introduced to the game of “In The Chair” by Graham. It is an excellent game for three players when you don’t want to keep a stroke or stableford card. The game is also known as “On The Perch”, Google to read the rules which are quite simple.

There was some excellent golf played , with Mike taking a two point lead but a late charge by Bill at the death saw him sneak home by one point. Final score Bill 3, Mike 2 & Graham 0. Zero, nothing, zilch, rien , not a sausage !

Whether you win, lose, play well or badly, it is always a pleasure to be on this golf course. We will be returning next month with the Buriram Golf Society and we can hardly wait to get back.

Thanks to Mike and driver Bill for a great few days. Plenty of laughs, never a cross word , just a bloody good time with two really nice guys.