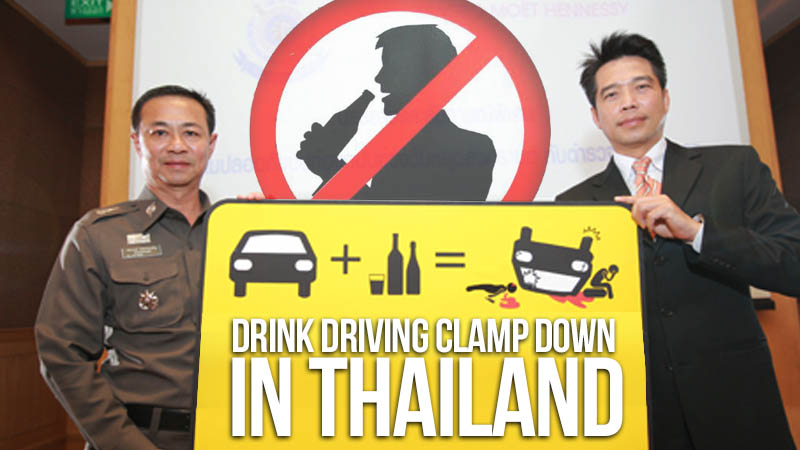 The government is considering the possibility of implementing a law where passengers travelling in the same car as a driver found guilty of driving under the influence of alcohol also face charges associated with the driver’s offence.

The matter has been discussed at a cabinet meeting and the Prime Minister has asked officials to find out if such a law could be adopted in Thailand, as it has been elsewhere.

The Prime Minister also wanted the ministry to look into the possibility of lowering city driving speeds and increasing punishments for speeding.

The ministry has already amended the law to make the issuing of licences more difficult but their suspension easier, to allow confiscation of a licence for personal cars and increase punishment for those driving without a licence.

A recent  law change states that ALL passengers in a car must have their seat belts fastened. Whilst it is good that the government is trying to improve road safety, they need to address the real problem of appalling driving, particularly by motor-cyclists.

Another major concern should be the high number of under-age motor-cyclists, often driving machines they are unable to fully control.