The Hammer Went Down For Front Row Lock–Out At Buriram 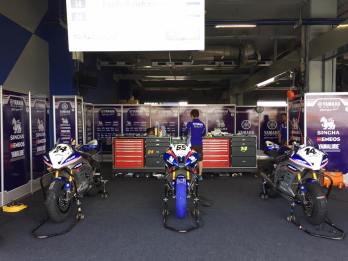 Yamaha put the hammer down

In a dramatic day’s qualifying at the FIM Asia Road Racing Championship (ARRC), at the Chang International Circuit in Buriram, the Yamaha Thailand’s Supersport 600 trio put the hammer down harder and faster than their rivals to turn the front row blue and silver for this weekend’s races.

It was wildcard and former champion, Chalermpol Polamai who took pole position with a late charge to finish 22 thousandths of a second in front of his long time sparring team partner, Decha Kraisart, with a lap of 1:38.547. Anucha Nakcharoensri completed the lock-out with a best time of 1:38.901. They were the only riders to break through 1:39.

Round 5 double race winner, Anthony West heads the second row ahead of Yuki Takahashi and Azlan Shah. The two top men in the championship, Zaqhwan Zaidi and Tomoyoshi Koyama are on row 3 alongside Thitipong Warakorn. Koyama did well after crashing during the session, while Thitipong excelled on a bike he almost destroyed in Free Practice 3, when he high-sided spectacularly at turn 3.

The AP250 class was as frantic as ever. Yamaha Thailand’s Apiwat Wongthananon, who clinched the title at the last round in India,  beat his fierce rival, Takehiro Yamamoto by 0.224 seconds with a lap of 1:55.203. The drama was heightened by the possibility of several of the fastest riders being penalized for on-track infringements. Final results will be published later, while the provisional ones are given in the screenshots below. 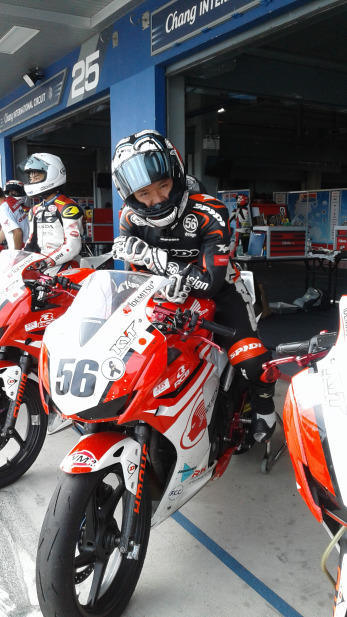 The ARRC paddock is sprinkled with motorsport legends now working to develop younger riders. Two examples are Asia Dream Cup mentors, Shinya Nakano and Makoto Tamada, who jumped on their CBR 250s to help the young guns in Free Practice One.

Disclaimer: Barry Russell is the FMNR Jury Member of the FIM Asia Road Racing Championship Round 6