Have Buriram United Forgotten How To Take Teams Apart? 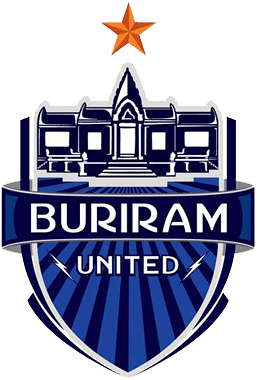 After watching Buriram lose their unbeaten record , then struggle to beat a very average Nakhon Ratchasima side, I decided to look more closely at the way they are playing.

They say good teams are built from the back and Buriram have the best goalkeeper and the best defender in the league in Siwarak and Tunez. But the rest of the personnel and tactics change from game to game and it is little wonder that a regular pattern of play has not been established.

It is the same with the midfield and there is no-one directing operations in the manner of Seul-Ki. It was assumed that Junsoo had been bought to fill that role but he has played everywhere but there. Perhaps he should be given a run there or even Anon who I believe has the ability and vision to be an effective central midfield player.But somebody needs to be in a central position, linking defence and attack. Always available to receive the ball from either.

Suchao is sadly past his best and Praweenwat is limited and coming to the end of his career. This constant playing the ball from one side of the pitch to the other is ineffective and boring to watch. Surely the size of the crowds tell you that.

It’s ok to do that and probe for an opening, but there has to come an explosion of pace at some point . But this is not happening. Interplay and one-two’s are rare and how many times have Buriram carved a defence wide open this season?

Diogo carries too much of a burden. He can’t run the channels and be in the middle to score goals at the same time. The midfield have to start contributing more goals and they should be spending hours on the training ground working on their finishing which is quite frankly appalling.

The same applies to corners and free-kicks. The number that are completely wasted is nothing short of criminal for professional footballers. Designated dead-ball “specialists” should be staying behind after training and working on improving their delivery. If that is already happening then we HAVE got problems.

The league is there for the taking but we have to start putting inferior sides to the sword and make teams teams fear Buriram United once again.

Just watch the following video of Buriram’s 98 league goals from 2015. Of course they were an outstanding team who never lost a domestic game all season. I’m not saying the present side can come near to them, but they can learn from them and bring the excitement and the crowds back to the Chang Arena.