Head On Smash In Buriram: Family Wiped Out 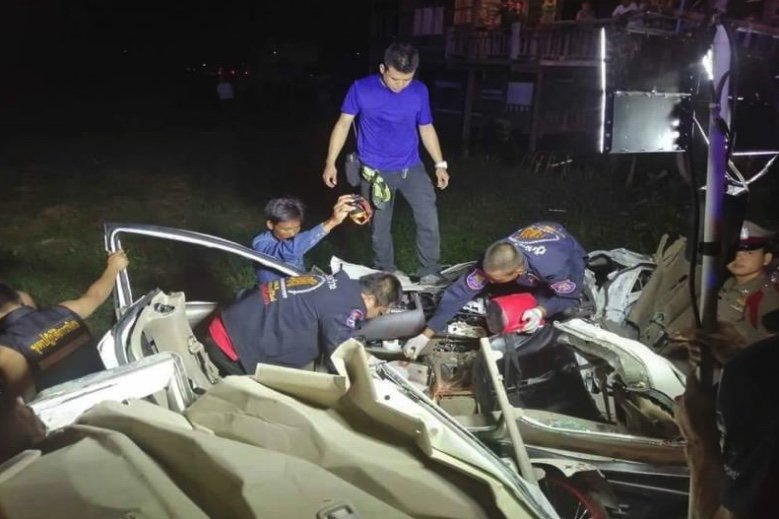 Five people died including parents and their two children when two pick-ups collided in Buriram yesterday.

A Mazda driven by Theerapong, 45, had crossed the central reservation on the four lane Buriram to Sateuk Road in Ban Yang sub-district near the Sahasin Khao Thai mill.

He was unconscious but soon died.

The Mazda had collided head on with a Vigo. Dead inside the vehicle were husband and wife Weerawut,32, and Pharada, 39 and their daughter nine year old Pharawut.

Thrown out into undergrowth was their four year old son who was still alive but died soon thereafter.

The family were on their way to Buriram.

Buriram police are investigating the tragedy.