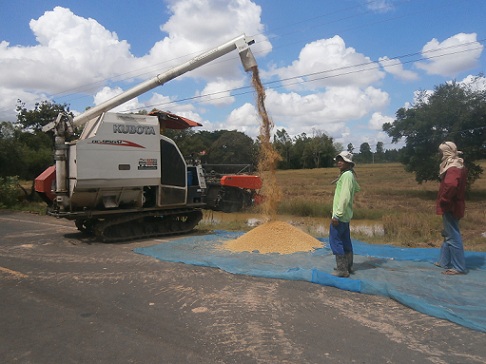 The annual rice harvest has commenced with Buriram Province along with North East and Central Thailand bringing in most of the crop for the country over the next few weeks.

The “Buriram Times” staff are careful with their opinions and respect the powers that be, however these poor farmers this year are expected to survive by selling their 12 months hard labour for 5 baht a kilo.

As reported in a previous article, farmers are being encouraged to cut out the middle men and sell their own produce. The government are also urging them wherever possible to store their rice until such a time when prices are more favourable.

Loans are being made available in an effort to tide the farmers over, though for many of them , this is proving impossible. 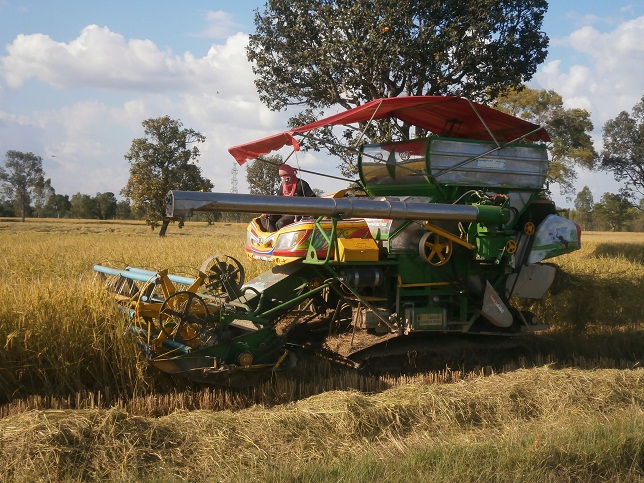 Just a few years ago rice was 12/15 baht a kilo and one of our recent governments guaranteed a fixed price. Then they failed to pay the farmers as they had run out of money.

Where had the money gone ? In some quarters it was believed the middle men and some politicians were responsible. What is true is the poor farmers were made to wait an eternity to get paid and when they finally were, it was not the amount initially promised. 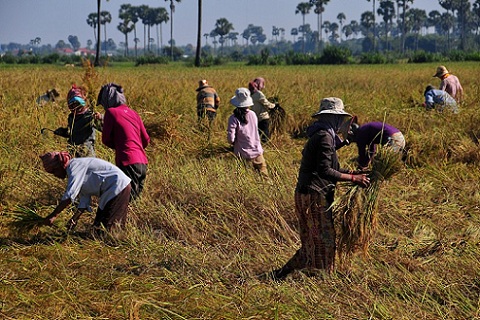 One kilometre away from the combine harvester

However we are pleased to report that the harvest this year is looking good. The rain was plentiful at the right time and whilst driving around the countryside today the farmers could be seen  harvesting and drying the grain on the roadside. 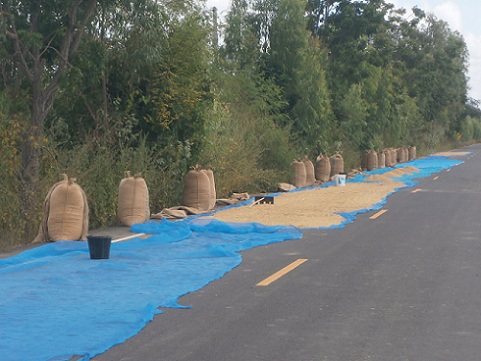 Dried and bagged up.

These wonderful, poor farmers are the backbone of Thailand and deserve to be able to make a reasonable living, rather than work to simply exist.