Heat Is On For The Buriram Le Mans 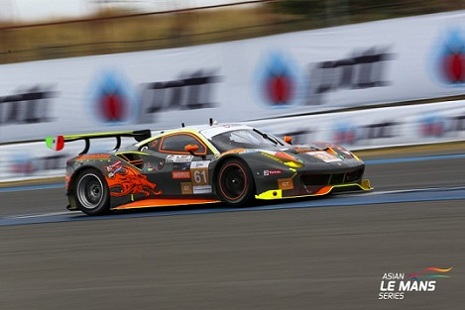 After a great day’s entertaining racing and qualifying/practice sessions for the Asian Le Mans,everything is all set for a fantastic four hour endurance race at the Chang International Circuit tomorrow (Sunday).

The cars will line up on the track around 11:30 and the 4 hour race will then get underway.  The leading teams are looking good.

The story of the day was the breaking news that the Clearwater Team announced their continued participation in the event for 2017.

The Jackie Chan Team which has captured the imagination and interest of many of the locals has drawn a lot of attention and increased the attendance.

Another great event for Buriram