The Bureau of the Royal Household announced on Thursday night that Her Majesty the Queen had been admitted to Chulalongkorn Hospital for medical treatment for “lung inflammation” on Wednesday.

Her condition was said to be improving, she can breathe normally and has eaten. 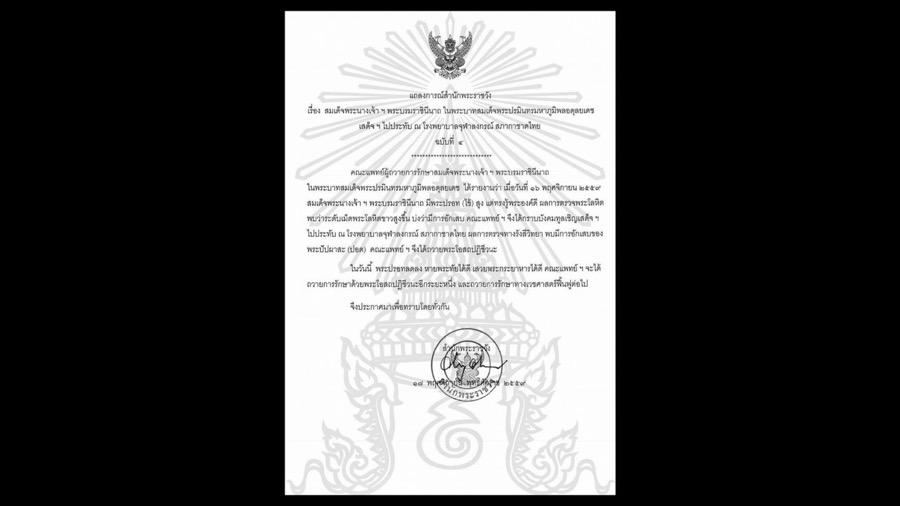 According to the announcement, HM the Queen had a high fever on Wednesday and blood tests showed signs of inflammation. She was then admitted to Chulalongkorn hospital and treated by a team of Royal doctors.

Radiological examination confirmed the Queen suffered from lung inflammation and she was administered with anti-biotic.

On Thursday, the Queen’s fever had subsided but she will continue to be treated with anti-biotic and  rehabilitation.