How Thailand Is Ranked In The World’s Best Countries 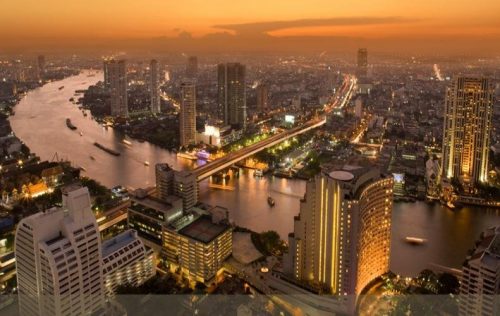 For the second year running Switzerland has been ranked as the world’s best country, according to the Best Countries Ranking by the U.S News and World Report.

Thailand meanwhile was ranked in 27th place out of 80 countries surveyed, the second highest ranking for a southeast Asian country, behind Singapore which was ranked in 16th place.

No Southeast Asian country featured in the top 10, with Japan (5th) and Australia (7th) the highest ranking Asia-Pacific countries.

The survey is designed to help people understand how nations are perceived on a global scale.

The rankings were decided after the  21,000 respondents were asked to evaluate 80 countries on 65 attributes such as power, citizenship, economic influence and quality of life, which helped to determine each country’s success as a modern nation. 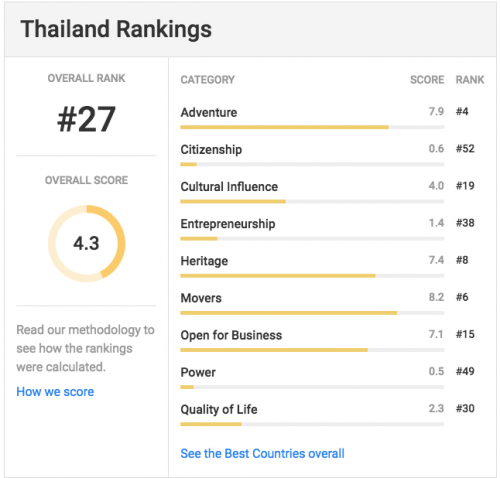 “Behind a country’s wealth and success are the policies that create possibilities, the people that drive the effort and the history that shapes the environment and perspective”, the report read.

“Globalization has expanded a country’s presence beyond its physical borders, and the 2018 Best Countries rankings seek to understand a nation’s worth beyond hard metrics.

“The 2018 Best Countries report and rankings are based on how global perceptions define countries in terms of a number of qualitative characteristics, impressions that have the potential to drive trade, travel and investment and directly affect national economies.

“Eighty nations – up from 60 in the inaugural rankings – were measured in the report.”

Thailand scored highly on attributes including ‘Movers’ in recognition of it being considered an up and coming economy. It also scored well on ‘Heritage’ and ‘Adventure’, where it was ranked in 4th place overall, where it was noted for being ‘fun’, ‘scenic’, having a ‘pleasant climate’, ‘friendly’ and ‘sexy’.

Other areas where Thailand scored well were for  its food, affordability and cheap manufacturing costs, as well as for being ‘distinctive’, ‘different’ and ‘unique’.

Earlier this year U.S News and World Report ranked Thailand as the best country in the world to start a business.