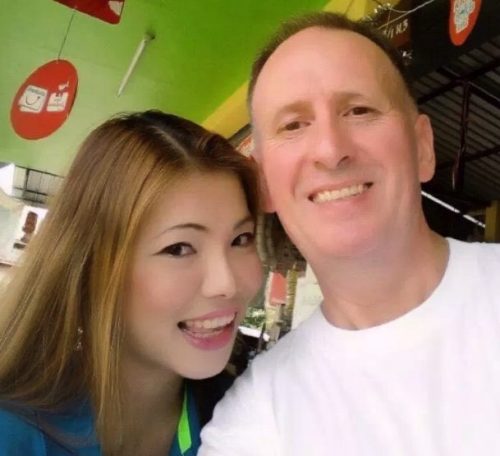 The 40-year-old – known as Tik – told the Thai news website Coconuts: “The news about him being married to a 12-year-old child is laughable.”

Tik, who shares a rural home with Unsworth near Chiang Rai, added: “Vern is a kind person. He rarely has an argument with anyone, and everybody loves Vern.

“We’ve spent our life together for seven years – he’s a good man and such a gentleman. He thinks of others before himself. I cannot comment further. I don’t have anything to say to him [Musk].
“I know what kind of person Vern is. If he wasn’t a good man, we wouldn’t still be together after all these seven years.”

Asked about whether he would sue Musk, she said: “I have no details. I’ll have to wait until Vern gets here. If your husband was accused of this, would you sue?”

Meanwhile Unsworth’s sister Shirley O’Connor said her brother would learn of Musk’s latest slur when he arrives in Thailand later.

“Vernon will wake up to this rubbish. He is on his way to Thailand now. He flew out last night. He has no idea about what Musk has said,” she said.

She also laughed at Musk’s latest wild allegation that Unsworth had a child bride.

“I’ve met Woranan. She is charming. She is not a child,” she said.

Mrs O’Connor said her brother met and fell in love with his girlfriend while she was working in a Thai restaurant in the UK seven years ago.

She added that her brother was in consultation with lawyers about Musk’s slurs.

“His lawyer will take this up for Vernon,” Mrs O’Connor said.”Elon Musk’s time will come.”

Meanwhile the caver’s brother in-law James O’Connor said: “The things he (Musk) is coming out with are unbelievable they are completely untrue.

Vernon has gone back to Thailand now and he has told us not to say anything as it is in the lawyer’s hands.”

The outspoken tech CEO, 47, earlier called Unsworth a “child rapist” and claimed he moved to Thailand to find a child bride in a second baseless attack.

He repeated the baseless slur – denied by Unsworth’s lawyers – in an explosive email to Buzzfeed News.

He blasted: “He’s an old, single white guy from England who’s been travelling to or living in Thailand for 30 to 40 years, mostly Pattaya Beach, until moving to Chiang Rai for a child bride who was about 12 years old at the time.

“There’s only one reason people go to Pattaya Beach. It isn’t where you go for caves, but it is where you’d go for something else. Chiang Rai is renowned for child sex-trafficking.”

He added: “As for this alleged threat of a lawsuit, which magically appeared when I raised the issue (nothing was sent or raised beforehand), I hope he f***ing sues”

His latest outburst comes after a US-based lawyer for Unsworth sent Musk a letter – by Fedex and electric mail – notifying him of a possible lawsuit.

The Brit is being represented by well-known L.Lin Wood P.C, of Atlanta, who are described as “powerhouse libel and defamation lawyers.”

Musk made his original allegations in mid July without any evidence, before later saying sorry and deleting his offending tweets.

Times comment:- It really is astonishing that a man like Musk who has achieved so much should feel the need to come out with such ridiculous , ill-founded accusations. I think a visit to his analyst should be an immediate priority !