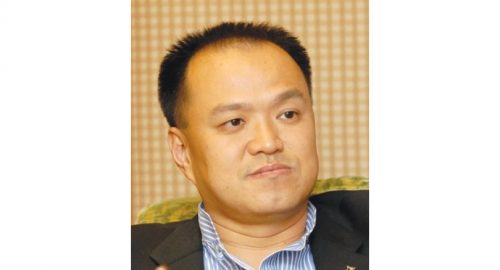 Anutin Charnvirakul believes junta not trying to make a deal with Buriram politicians.

BHUM JAI THAI Party head Anutin Charnvirakul yesterday played down suggestions that party members might be headhunted after it was revealed that the junta’s mobile Cabinet would take place in Buri Ram province next month.
Buri Ram is a political stronghold for Bhum Jai Thai and is the base of its prominent politician Newin Chidchob, who has gained greater popularity in recent years after becoming owner of the Buri Ram football club.

All eyes are on the junta and its head, General Prayut Chan-o-cha, after last week’s appointment of politician Sontaya Kunplome, who is popular in the eastern seaboard, as a political adviser. Observers believe that Prayut is wooing other politicians and creating a network of allies to support his bid to retain the premiership after the next election.

Appearing at a ceremony marking the second anniversary of the death of former PM Banharn Silpa-archa in Suphan Buri province yesterday, Anutin said he did not think the mobile Cabinet meeting had any political implications.

The excursion had been planned for several months, he said. As a local Buri Ram resident, Anutin said he would welcome Prayut to the province and he would not want anyone to link the trip to politics.

Although the junta also plans to visit Newin’s racing circuit and critics believe they may arrange a secret deal, Anutin said he believed Newin was already happy where he was.

“I don’t believe that anyone would dare to headhunt our men,” he said.

In response to concerns about Prayut’s political ambitions, the Bhum Jai Thai leader said that such an attempt would not be easy despite the junta’s current absolute power.

“In the past, Phumjai Thai has been in coalitions and we have held the interior and transport ministries. We have had state power [like the junta does now], still we didn’t quite achieve that in the following election,” Anutin said.

“No parties can pass the election without competition. The competition depends largely on gaining the people’s trust, policies, and the hard work of the MP candidates,” Anutin said.

Meanwhile, Deputy Prime Minister Wissanu Krea-ngam also said that the mobile Cabinet trip to Buri Ram Province had been planned well in advance, and he denied suggestions that the junta wanted a secret meeting with local politicians.