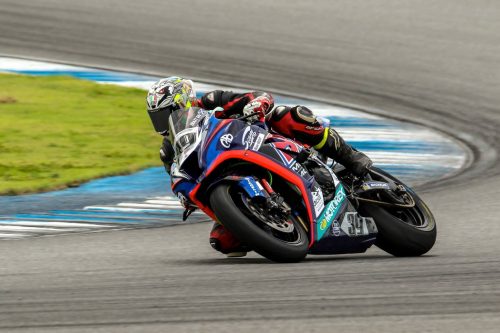 Colin and I went along to the circuit to meet up with local riders Gary Johnson and Colin Butler. Unfortunately, Colin was unable to attend due to work commitments.

However, we were fortunate to come across  Keith Fortt and his 23 year-old son Ben who rides in the Superbikes class as they were sharing a garage with Gary.

It turned out to be quite a day for Gary as he finished 6th in the early race before leading from start to finish in heavy rain in the afternoon.

This was his first win in what is his first full season and he was riding in the SP2 class which is a higher class field.

The two results combined gave Gary an overall third position and a deserved place on the podium.

After his excellent riding in qualifying at the last meeting in heavy rain, this performance has given Gary the reputation of being the “Rain Man” of the Buriram Circuit. 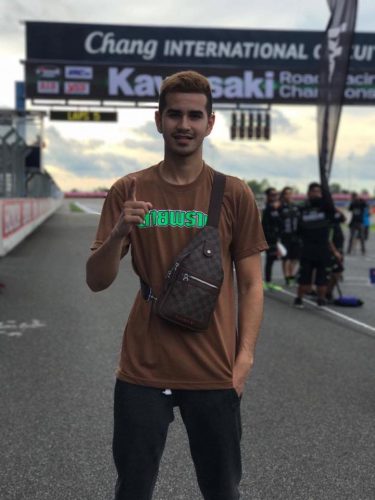 Moving onto Ben Fortt, this young rider had an outstanding day. He won his first race and then ran away with the second leaving the rest of the field a long way behind.

This increases his lead in the Superbikes class after three rounds and a big future is predicted for this young man. 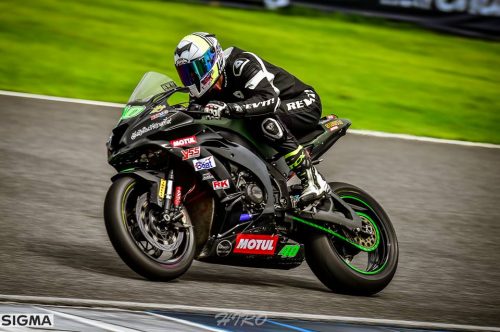 Ben’s father Keith is an affable guy and is his main sponsor. Keith owns the Caddyshack Restaurant in Pattaya and it is an English style inn, serving excellent British/European-style food.