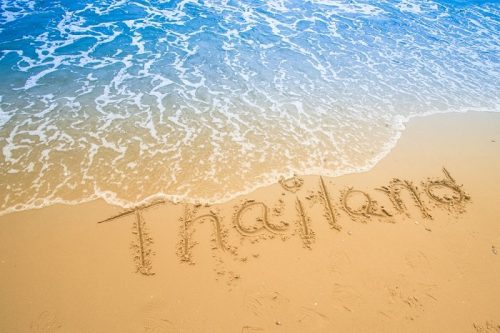 There are less expats arriving in Thailand than ever before and a significant amount of working expats under 60 years have now left Thailand, making good on the threats made in the last survey 2 years ago.  This has been driven by financial pressures due to earning less money from declining business in Thailand.

The future of Western Expat looks somewhat bleak and compromised by shifting market trends from falling Western tourists (which even the Tourism Authority of Thailand finally admitted in July 2018), rising costs of living in Thailand to the influx of Chinese and Indian tourists changing the dynamics.

In 2016 20% of the sample were Expats that had only lived in Thailand for 3 or less years, two years later that figure had dropped to 14%. The arrivals have also been retirees and not working younger expats, with the average age increasing a whopping ten years from 50 years to just over 60 years old in just two years.

Every two years since 2014, Thaivisa has conducted a Western Expat survey of Thailand. This year’s survey received a respectable 1,429 respondents. The trends suggest a worrying time for the future of the Western Expats in Thailand. 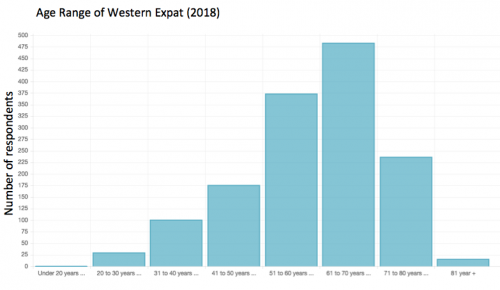 So, should we be surprised? In short, no as two years ago when asked ‘Are you happier than when you first arrived?’ 39% said they were not and 44% of this came from the under 60 year old working expats who cited financial pressures as the reason for their unhappiness.

On top of that when asked ‘Have you considered leaving Thailand over the last 12 months?’ 66% in 2016 said yes and this was the largely the voice of the working expats. Well they have come good on their promises and finally left the country.

Today only 23% of our sample is working expats compared to 42% two years ago.

In this years survey only 34% said they have considered leaving Thailand in the last 12 months, half the figure from only 2 years ago and now most of us are happy or at least the same from when we first arrived, which was not the case two years ago with ‘unhappier’ being the most popular reply.

The rate of change in only two years is quite startling and one must wonder if this level of attrition will continue or level out going forward?

Interestingly, Expats demonstrate good ownership of property and vehicles. This would have helped in reducing their monthly expenses.  A huge 75% of expats say they own a car (rising to 88% in Hua Hin) and also 1 in 2 claim to own a house or villa, with 1 in 5 owning a condo.

Times comment:- One word can cover many expats problems……BREXIT. The pound has lost around 20% against the Thai baht, a very significant drop.

45% of expats are married to a Thai, with almost 1 in 10 married to non-Thais. 73% are in some form of a relationship. Slightly more expats in Pattaya are single than sample average, with 1 in 3 saying they are single.

Where do Expats live?

Bangkok and Pattaya continue to be the top two locations accounting for 41% of where expats live (22% and 19%).  Notable others include 13% in Chiang Mai, 8% Phuket/Krabi and 6% in Hua Hin. No real shifts in this over the last 4 years.

Bangkok remains strong for working expats with 51% and a much younger demographic therefore seen here, with 38% under 50 years old.

What media do expats use?

We also asked that besides Thaivisa what other media do expats use. Not surprisingly Bangkok Post and The Nation were 2nd and 3rd, whilst both the Phuket media – Phuket News and Phuket Gazette/The Thaiger – came in 5th and 6th place, respectively.

For the first time we included a question on expats use of Facebook, You Tube, Netflix and Line.  75% of respondents use Facebook and You Tube at least once a week and a relative newcomer to Thailand, Netflix, already has almost 1 in 3 expats subscribed.

Interestingly, although Line is certainly strong nationally among expats with 66% using at least once a week, in Bangkok it is the strongest of the 4 platforms with 80% of expats using it.  By contrast in neighbouring Pattaya, only 57% use Line, so below the national average.