Tourism Association of Thailand governor Yutthasak Suphasorn gave his assessment of the long holiday weekend that has just passed.

It was a mixed bag – the north and north east did well but the south was a wash-out.

Except for a recently opened “skywalk” in the far south that had queues round the block.

Yutthasak was most upbeat about Isaan or NE Thailand where he said lots of Thais were visiting temples.

In the north families were going on drives to enjoy the cooler weather and “seas of fog” phenomena. 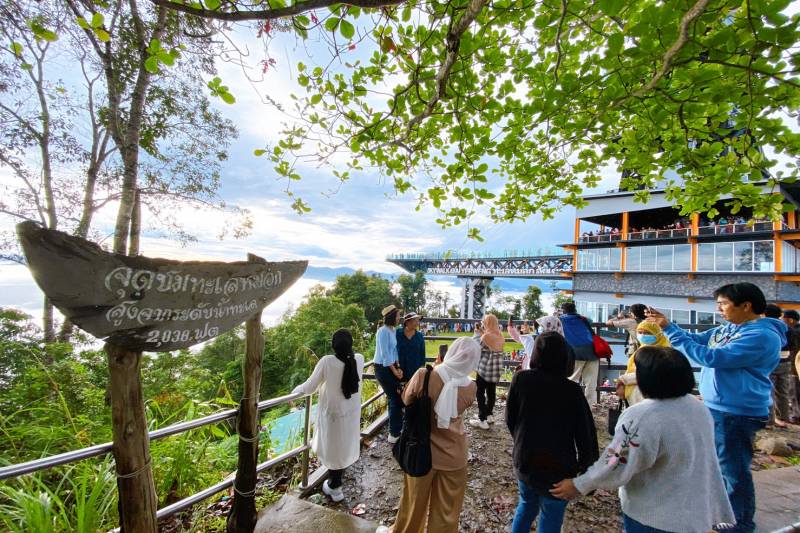 Nearer to Bangkok Rayong had 60-70% occupancy while Koh Samet did well as did Hua Hin and the Sam Roi Yot area south of the seaside town.

The optimism was not reflected in the far south however with islands like Koh Samui, Koh Tao and Koh Phangan lashed by monsoonal rains. Travelers going there were only up 10% on normal weekends.

Yutthasak also blamed the difficulties of travel to such places.

The far south bucked the trend with the three provinces on the Malaysian border doing well.

Daily News published pictures of the Skywalk at Ai Yerweng in Betong, Yala,  that had large numbers of visitors queueing to enjoy the spectacular views.